The Fantastic Electric Pedestrian Tunnel at the 191st Street Station

January 07, 2016
Passageways often symbolize gateways to another dimension or state of being. Think of the tunnel that people are said to experience at the end of their own mortality. Or the passage from adolescence to adulthood commemorated in many cultures. The passageway can also serve as a conduit for a change in consciousness, such as the LSD "trip" popularized by Dr. Timothy Leary. In Washington Heights, the long corridor that links the 1 train at 191st Street and St. Nicholas Avenue to Broadway may appear as such a "flashback." 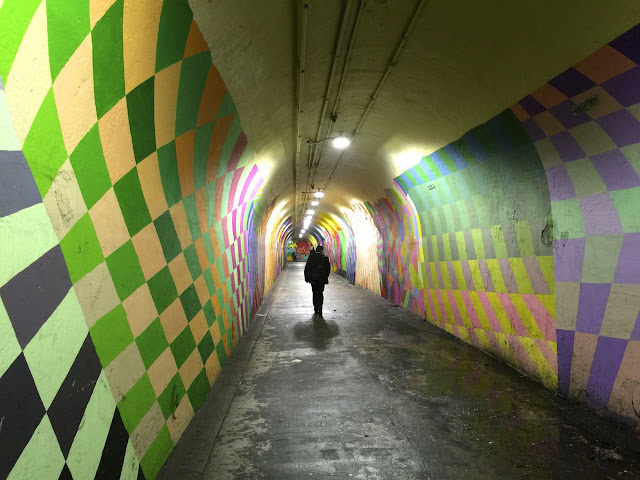 In 2015, the New York City Department of Transportation and the Northern Manhattan Arts Alliance invited several artists to spruce up the tunnel. The tunnel had previously been painted by artists under commission, but as things go, other artists had felt a need to superimpose their own work on the murals. So, the walls got a much-needed facelift along with new, improved lighting. Making the brightest of possible statements, the 191st Street Tunnel serves as a destination in its own right. 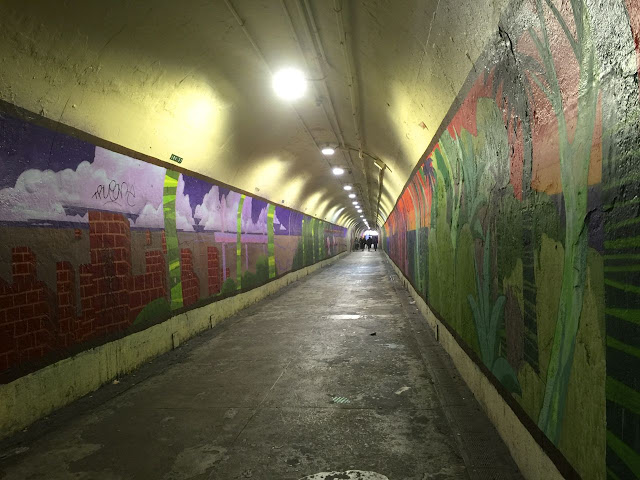 In company with the elevators at the 191st Street station, the tunnel functions in a most practical way to move from a high section of Washington Heights to Broadway. The alternatives are a kind of a hassle and not fun. The station itself is the deepest in the whole subway system. 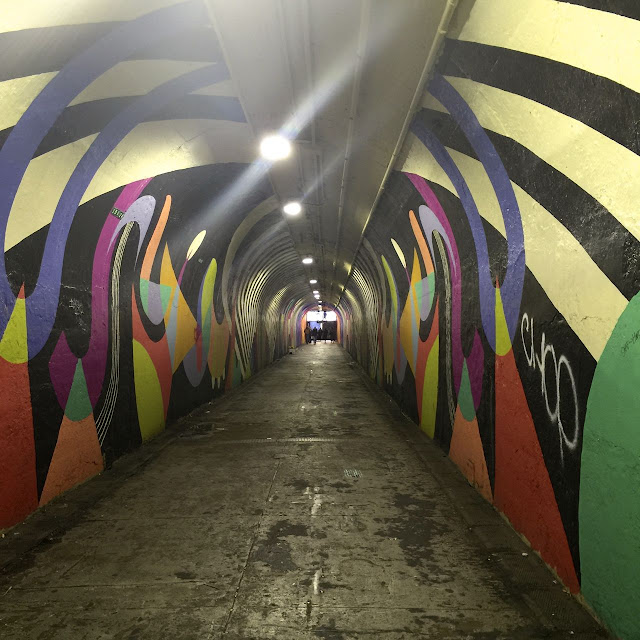 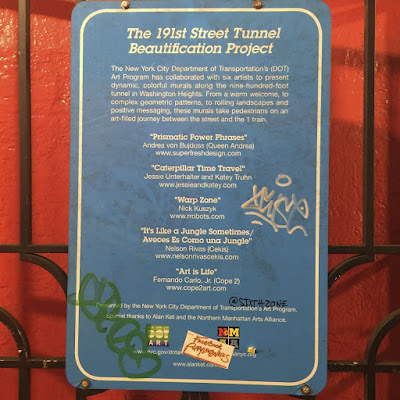 The artists have given much joy to what could be a dreary commute from the train to the street. Near the Broadway exit are a couple of fun places for food and drink - Buddha Beer Bar and Locksmith Wine & Burger Bar. The passageway is also near Fort Tryon Park and The Cloisters, providing opportunities for more flashbacks into additional dimensions. 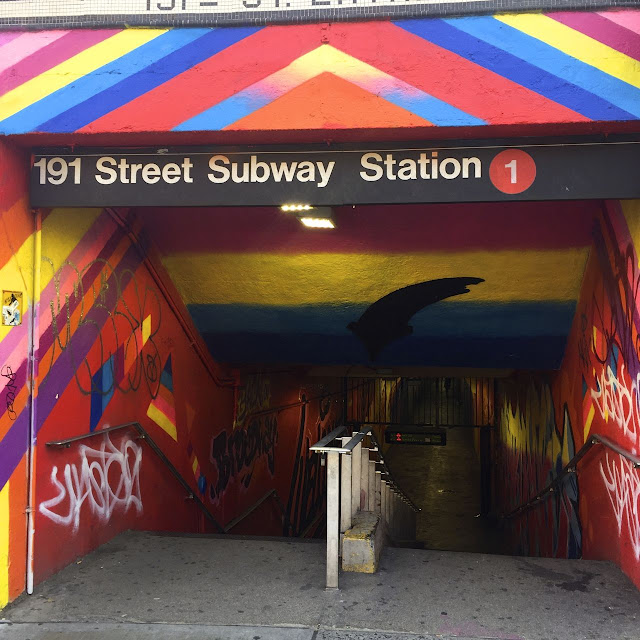 Images by Walking Off the Big Apple from December 2015. 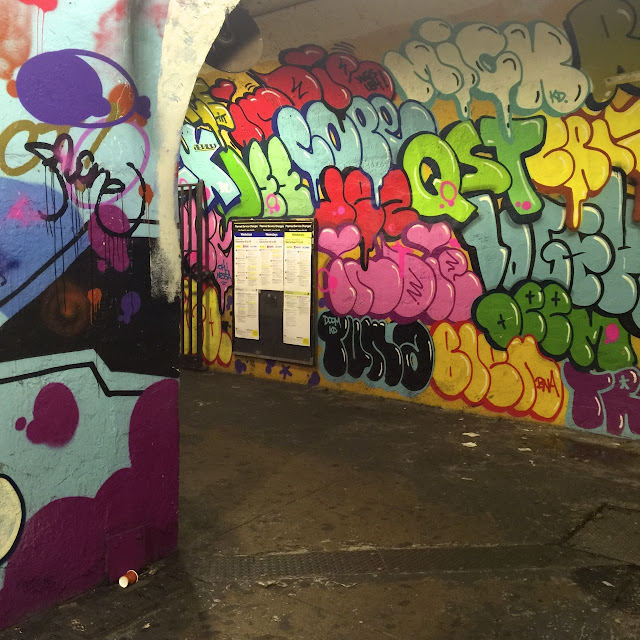