Back on Coney Island: The B&B Carousell

May 31, 2013
Visitors to Coney Island can once again enjoy the sights and sounds of the B&B Carousell, the last great merry-go-round of New York's most celebrated beach playground. Next to the towering Parachute Jump and near the boardwalk entrance at Stillwell Avenue, the B&B graces the new Steeplechase Plaza. 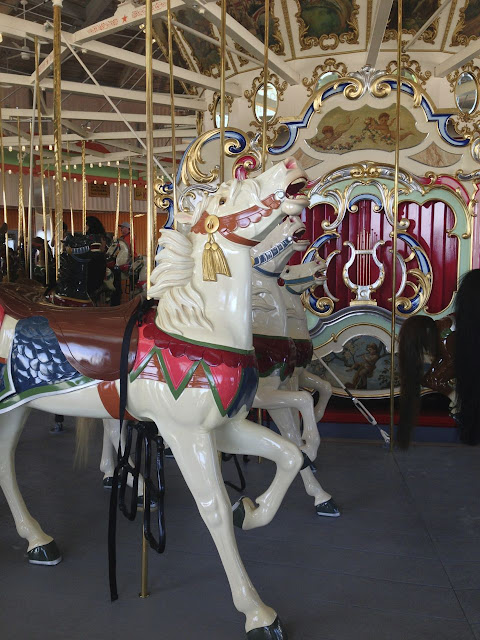 Vividly alive in their authentic color and fierceness, the fifty hand-carved horses go round and around and around. The ride's equally historic and rare band organ adds a gentle and steady tune to Coney Island's thrilling cacophony of rickety roller coasters, drumming pop disco beats, and the distant cries of small children stepping into the waves. 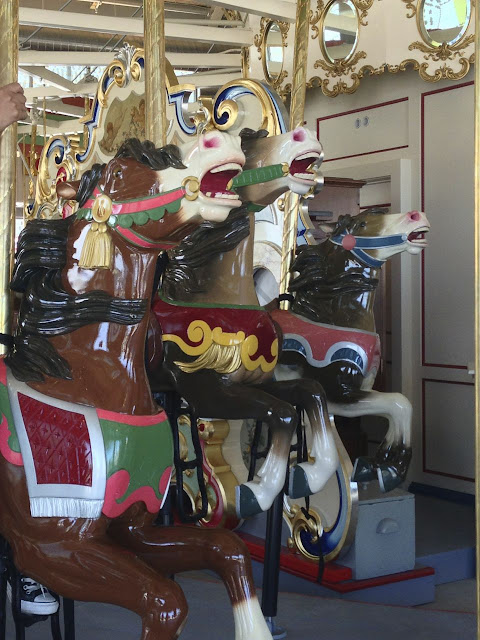 In the early 1920s, the B&B made its debut here. All except one of the B&B horses were originally carved by Charles Carmel, an authority on Coney Island carousels.* Back at the turn of the century, the island enjoyed two dozen or so of the merry-go-rounds. 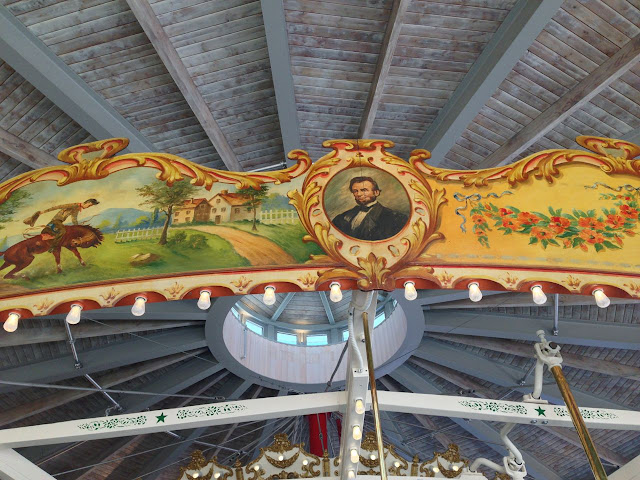 In 2005, when the B&B found itself the last remaining carousel, there were plans to sell it off. But just in time, NYC's E.D.C.(Economic Development Corporation) rode in on a white horse, offering $1.8 million to keep it. Now beautifully restored by carousel specialist Todd W. Goings in Marion, Ohio, using only dowels and glue, the horses are back on Coney Island. 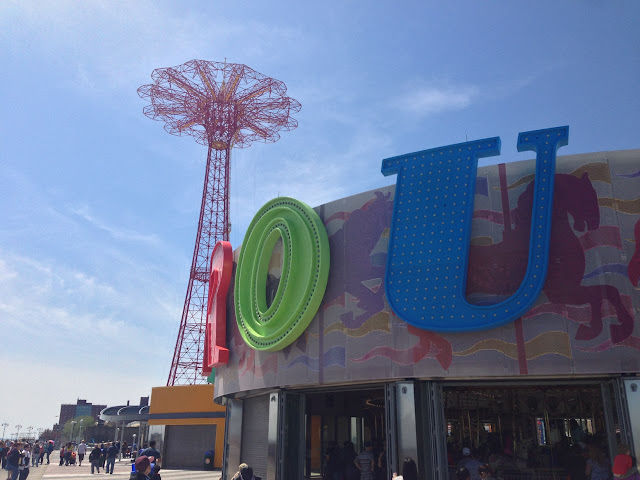 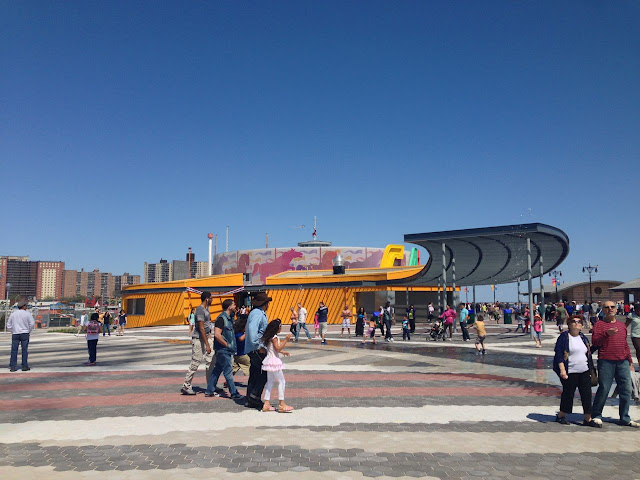 * The lead horse, the one exception, is the work of MC Illions, credited for the Coney Island style of carousel carving. See this informative post, "A Portrait of Abe Lincoln on Coney Island's B&B Carousell," Amusing the Zillion, May 26, 2013

* Press release by the Mayor's office. "Coney Island Summer Season Begins With the Unveiling of Restored Historic Carousel and Steeplechase Plaza." May 24, 2013. 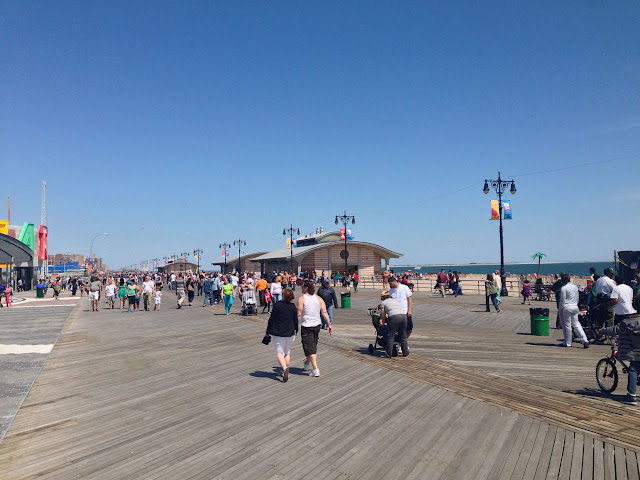