July 04, 2010
There's a strange emptiness on a city morning on the 4th of July. It's a perfect time for a bike ride, as the traffic is nonexistent and the streets are wide open. The emptiness will not last long, however, as millions of residents and visitors head over to the Hudson River later today to see the fireworks show.

This morning I rode up the Hudson River Park to see the Norwegian Epic, the newly-christened cruise ship of truly epic proportions that has anchored in the Big Apple. The 4100-passenger boat, which barely cleared the Verrazano-Narrows Bridge as it made its way into New York Harbor, will serve as the main stage for the evening's entertainment.

From there, I rode east on W. 50th Street through a quiet Hell's Kitchen (you'd think Hell would be noisier) and then on to the Theatre District. On Broadway, I turned south. Riding a bike through Times Square is one of the great pleasures of the modern metropolis. 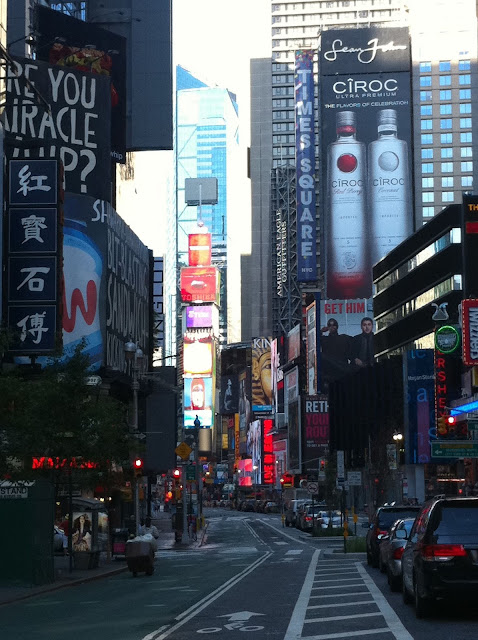 Though the streets were quiet, the billboards and neon lights still illuminated the avenues. Most people associate Times Square with late in the evening, but I recommend visiting at 8 o'clock on a holiday morning, especially if it's a Sunday. 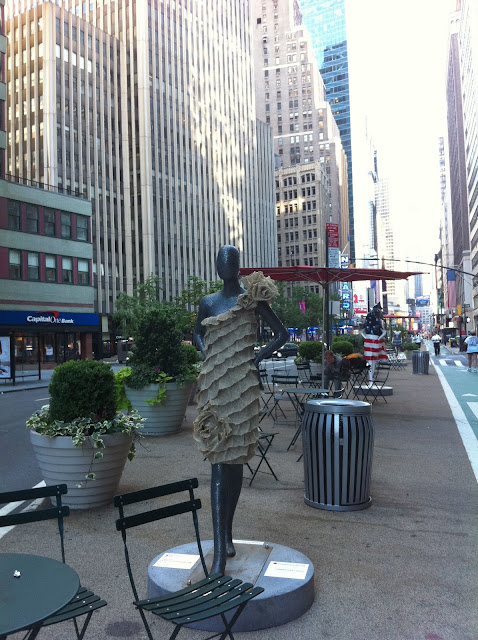 Riding a bicycle south on Broadway gave me a good chance to look over the mannequins in the Fashion Center event, Sidewalk Catwalk, on view through September 3, 2010. Some thirty-two artistic interpretations of mannequins by New York designers lend a certain street style to the Broadway blocks of the Fashion District. I'll have to go back on foot to give each a proper viewing. 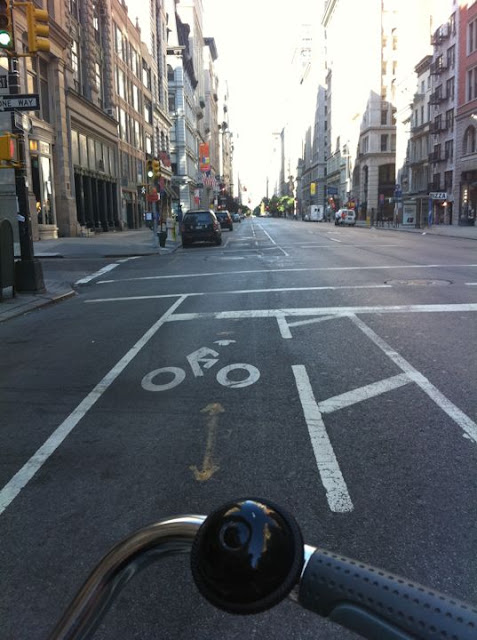 Near the intersection of Broadway and Fifth Avenue at 23rd Street, the meeting that shapes the Flatiron Building, I continued my solitary bike ride south on Fifth Avenue. As you see, I had the avenue pretty much to myself. And so I sailed, helped along with a warm morning summer breeze, toward Washington Square and just beyond, a home in Greenwich Village, U.S.A. I still had the whole holiday day in front of me.

Happy Fourth of July, everyone.