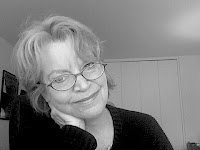 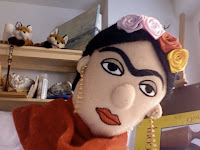 Holy WOTBA double blogging! Today, I am happy to announce to Walking Off the Big Apple (WOTBA) readers the launch of a new blog titled "Shoe Leather" over on the website, Reframe. A new project of the Tribeca Film Institute, Reframe will become an intelligent place for film conversation not found elsewhere. TFI, a nonprofit organization designed to broaden and increase support for media artists, engages in many activities based in communities in New York, and it makes a lovely arrangement for us to be working together.

I'm starting the Shoe Leather blog on the occasion of the imminent Tribeca Film Festival, April 23-May 4, and readers are invited to go over to Reframe to read posts about what I'm seeing and doing. The blog will extend beyond May 4.

"But, hey, what will happen to WOTBA?," you might ask. I'll still be here, like always, most every day, as I never seem to run out of things to say. The additional adventure should be a wonderful learning experience. And unlike the Orphan Film Symposium, where I had extra duties of hosting, I don't have the same responsibilities with Tribeca. For example, they'll have to find their own beers after 1 o'clock in the morning.

"Hey," you also might ask, "Who's that woman, the one in the black-and-white picture with the glasses?" That's me! Really! Did you think I look like a Frida Kahlo doll? I wish! I know I've never posted a picture like this on WOTBA, but because there's a similar headshot now of me accompanying the "Shoe Leather" blog on Reframe, I thought I'd go ahead and break the ice here, too. And in the spirit of film festival red carpet events, let me also say that I am wearing UNIQLO, and my hair is by Jason at Oscar Bond Salon in Soho.

Now, my Tribeca excursions of a few weeks ago are becoming a little more clear, eh?

Images: Teri and Frida doll, by Walking Off the Big Apple's magic MacBook IPhoto machine. Frida is looking forward to seeing Portrait of Diego: The Revolutionary Gaze at the Tribeca Film Festival.