Classic New York: A Visit to Macy's, in April 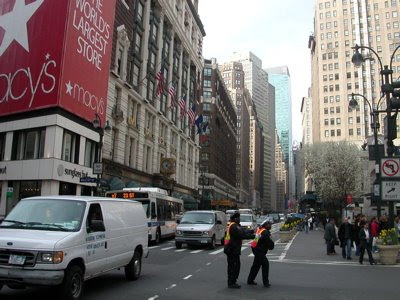 The "magic of Macy's" is normally wrapped up in the holiday season. Immortalized in pop culture with the movie, Miracle of 34th Street, the Thanksgiving Day Parade, and for NPR listeners, with David Sedaris' wicked experiences as Crumpet the Elf in his "Santaland Diaries," Macy's department store on Herald Square attracts hordes of shoppers beyond the tinseled season. For New Yorkers, it's a common place to shop.

The Herald Square flagship, the largest department store in the world, features nine floors sprawled over two connecting buildings on 7th Avenue and Broadway and accessible by elevators and a vintage wooden escalator system. I gradually made my way up the chunky noisy escalator to the 8th Floor, home to the seasonal Santa Land and current seasonal merchandise. Finding not much happening in Santa Land, of course, I found it touching, if not surreal, to see swimsuits in the adjoining room. 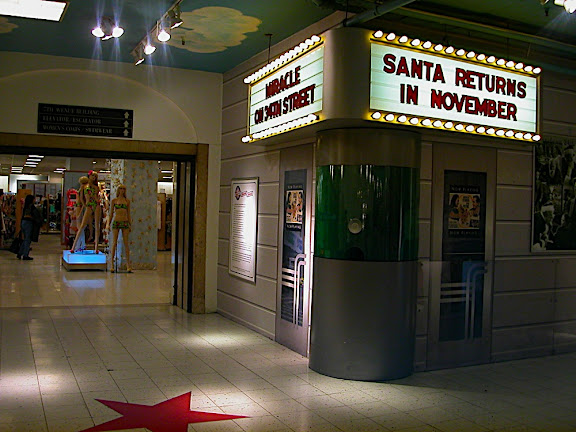 For a little off-season fun, listen to excerpts from Sedaris' "Santaland Diaries," originally broadcast in 1992, at the NPR site here.

Part of a series of posts relating to The Classic New York of Mame Dennis.