Walking News: British Man Gives Up Trek to India Because He Couldn't Speak French, and Other Stories 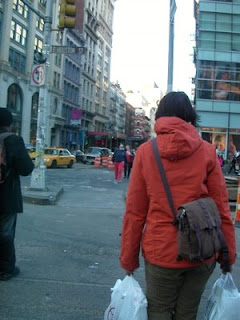 For my irregularly-scheduled roundup of walking headlines, I would like to share these choice stories from the global highways and byways:

• Try this, sir: "J'ai faim." A British man planned to walk to India with no money to prove a point, but he gave up in Calais because he couldn't speak French. See UPI story here.

• Be careful walking down an unfamiliar hill in the dark. "How a walk in the dark changed my life" by Geoff Strong from the February 20, 2008 edition of The Age in Melbourne, Australia is a chilling tale of how things can go wrong with one false step. Not for the faint of heart.

• Naturalist John Muir was famous for his treks through the Sierras. Hence, his founding of The Sierra Club. A naturalist writes about Muir's walks through the Feather River area of California in an article for the ChicoEr.

• Losing his chops. A man who lost his dentures while walking in the pretty Lake District of England a year ago was recently reunited with his teeth. Read the amazing story here on a Dentistry UK website.

Image: at Broadway and Houston. March 3, 2008, by Walking Off the Big Apple, who hasn't driven a car in over a year.