Watching the Space Shuttle Enterprise from a Hudson River Pier

April 27, 2012
The Hudson River Park pier near Spring Street, the one with the Holland Tunnel ventilation building at the end, turned out to be a good place to watch this morning's flyover of the space shuttle Enterprise. Riding piggyback on the NASA Shuttle Carrier Aircraft, the shuttle, a prototype that never soared in real space, flew from Dulles to JFK with flyovers over the Statue of Liberty and other landmarks. Shortly after arriving around 10:30 a.m. in New York Harbor, someone on the pier shouted that they saw the shuttle in the distance coming up the Hudson. 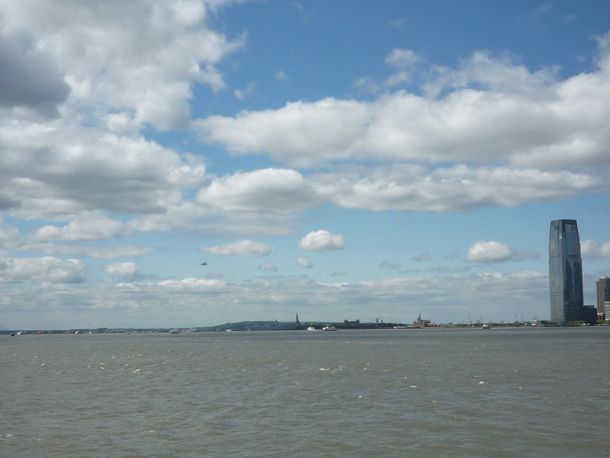 New York's Intrepid Museum at Pier 86 will be the eventual home for the shuttle, and those assembled there this morning also got a good look at the future exhibit as it flew by.

The shuttle flew up the Hudson all the way to the Tappan Zee Bridge and then south again. 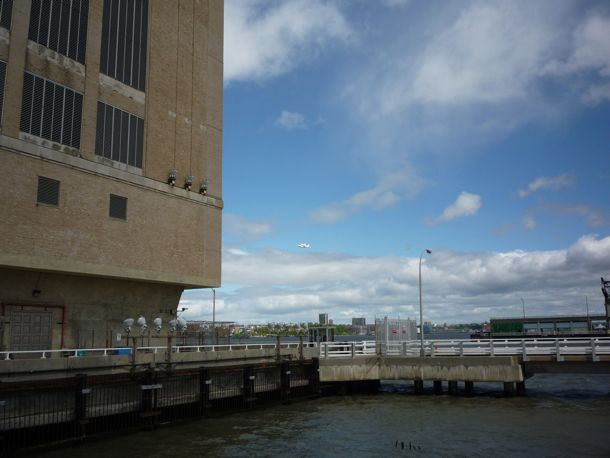 I was able to get decent pictures of the shuttle while it jetted over the Jersey skyline across the water. 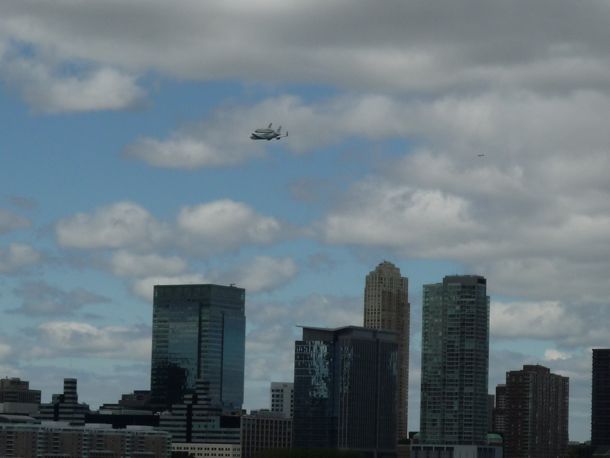 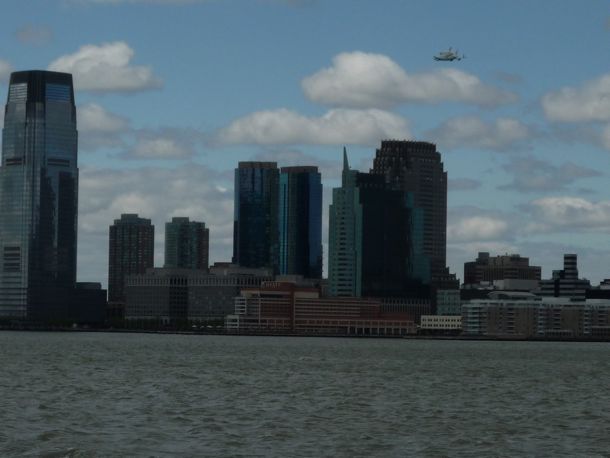 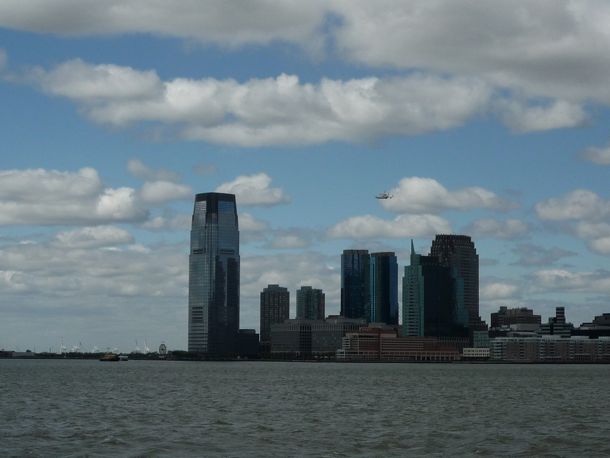 Aside from chilly winds, the clouds looked dramatic this morning and made a nice backdrop for the flight. This being New York, people couldn't take and upload pictures fast enough. Below is one of my Instagrams of the New York minute. 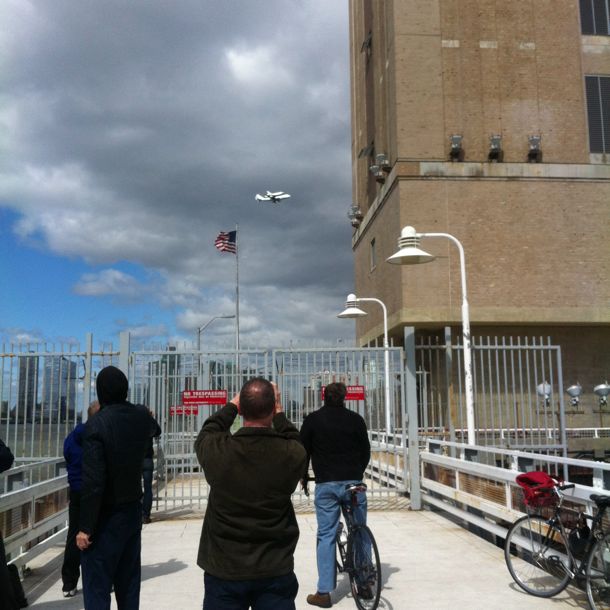 At the Hudson River pier, almost everyone left after they thought we had seen the last of it. But, the Enterprise came back into view once again in the far distance over New Jersey. 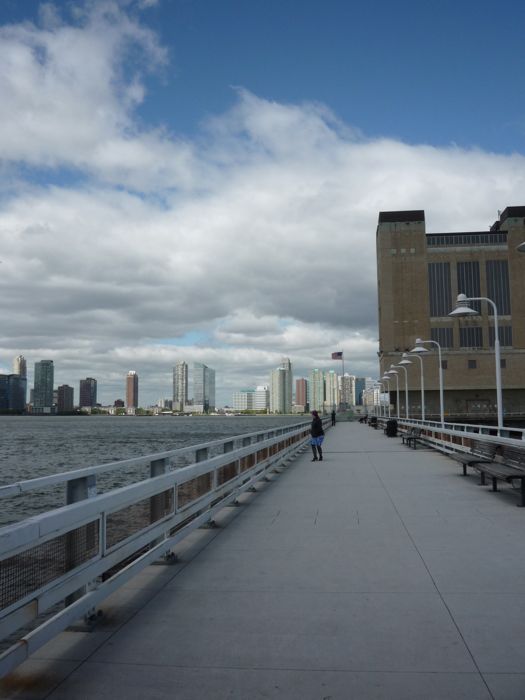 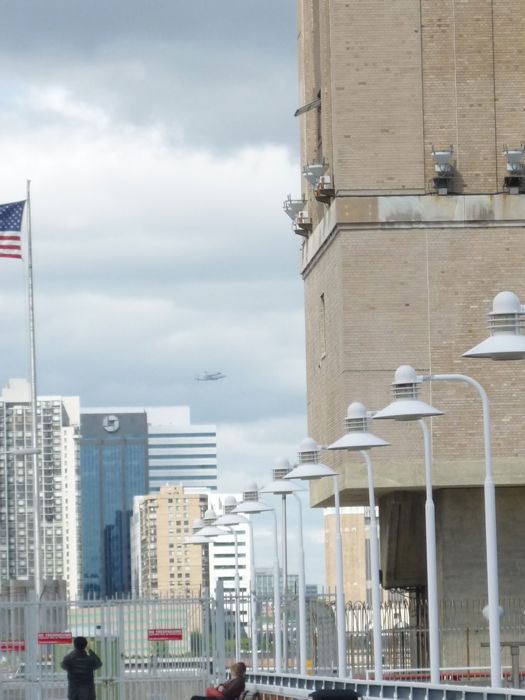 Many professional photographers, shooting with huge telephoto lenses, had already left. A couple of other people said they had skipped out on work and were glad of it. 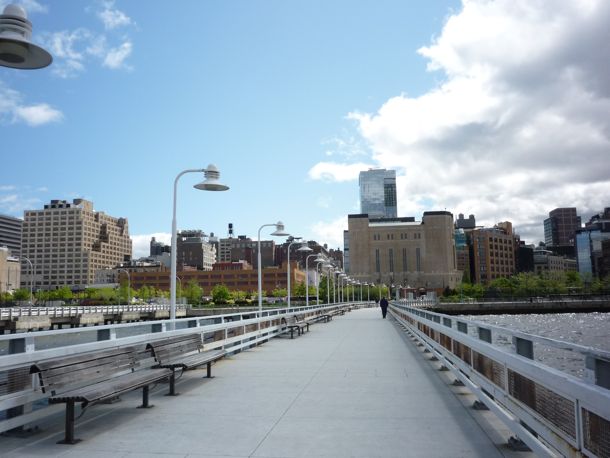