A Tale of Two Alamos

March 03, 2011
Photo below from Wednesday, March 2, 2011 5:13 p.m. "Alamo," (1967) a sculpture by Tony Rosenthal (1914-2009), Astor Place, New York, New York. Rosenthal said that his European-born wife, having read a lot of American history, started talking about the Battle of the Alamo and told him that he should name this sculpture "Alamo." He said OK. Many people just call it the "Cube." (Source of story - this video interview with the artist on The Hamptons website.) 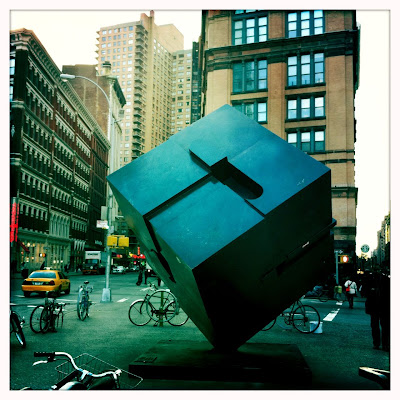 Photo below from Thursday, March 3, 2011 4:04 p.m. (CST) The Mission San Antonio de Valero, San Antonio, Texas. The story of how the building came to be known as the Alamo remains vague. Some contend that the Alamo refers to the company of soldiers once garrisoned there. Others talk of the Alamo as the Spanish word for the cottonwood tree, prominent in the area. The name grew in popular acceptance in the few years prior to the Battle of the Alamo (February 23 - March 6, 1836). The battle took place 175 years ago this week. 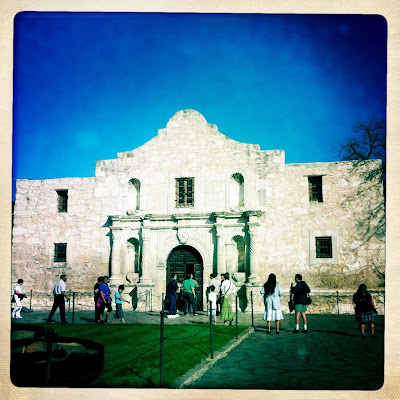 Both images by Walking Off the Big Apple, who will be reporting from Texas this weekend.