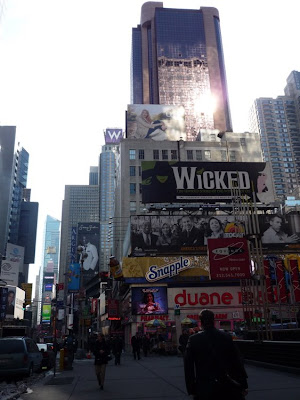 All I want is a week to browse through bookstores, and although I don't see that week in my near future, I have found time this weekend to scout out some relatively new and interesting New York-oriented books. A few of them deal with the city's everyday visual culture - murals, storefronts and subway art, for example, that makes the city stimulating and always surprising.

• On the Wall: Four Decades of Community Murals in New York City by Janet Braun-Reinitz (Author), Jane Weissman (Author), Amy Goodman (Foreword). Paperback. 288 pages. University Press of Mississippi. (February 1, 2009)
Based on six years of research and interviews, this book traces the story of many of the post-1968 murals that dot the city, recovering the context of these vibrant works.

• House of Cards: A Tale of Hubris and Wretched Excess on Wall Street
by William D. Cohan (Author). Hardcover. 480 pages. Doubleday (March 10, 2009) A well-received telling of the collapse of Bear Stearns. For those who ask about the origins of the global financial crisis, this book promises to be a good place to begin.

by Linda H. Hamilton (Author), New York City Ballet (Author). Paperback. 240 pages. St. Martin's Griffin (December 23, 2008)
When I saw City Ballet dancers rehearse at Lincoln Center last month, I was envious of their willowy but athletic physiques. Although I don't plan to lace up toe shoes anytime soon, I might check out this book.

• Art and the Subway: New York Underground by Tracy Fitzpatrick (Author). Hardcover: 288 pages. Rutgers University Press; illustrated edition edition (February 28, 2009)
Art of the subway, in the subway, and on the subway.

Including faves such as Ev'ry Street's a Boulevard in Old New York, The Streets of New York, and Lounging at the Waldorf.