Central Park: My New Temporary Office on the Harlem Meer 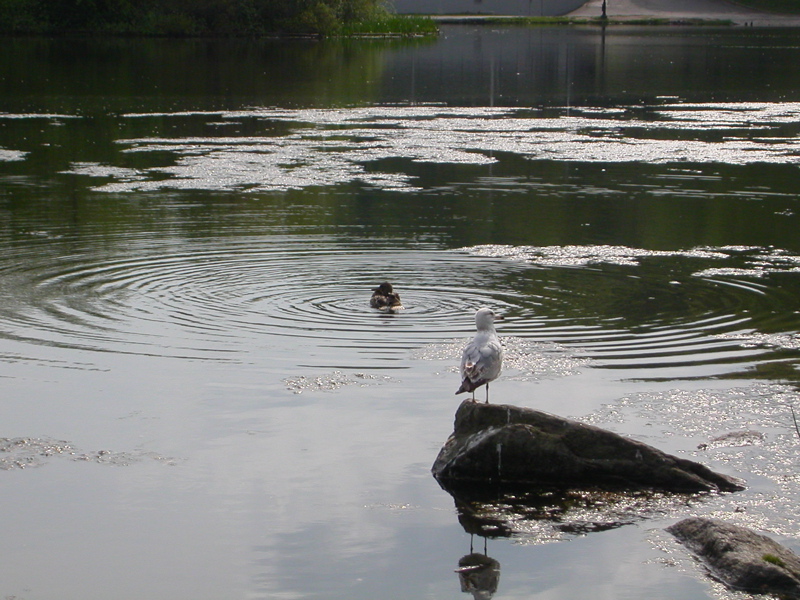 Fellow NYC bloggers, forget the link bait, because at the Harlem Meer, a serene pool of water at the far northeast corner of Central Park, it's possible to fish and blog at the same time. The rule of fishing here is catch-and-release, and the free Wifi provided by the park seems to be working fine. I'm writing from the edge of the water, just outside the Dana Discovery Center, but I should point out, in the interest of accuracy, that I am not currently fishing. The point is that I could if I wanted.

So, here on Day 4, around 4:45 p.m., I've now completed several walks throughout the park. This afternoon, I took the C train uptown to 103rd and then walked east through some of the prettiest parts of the park I've seen so far, areas known as the Pool, the Loch, and the North Woods. Here one sees more falling water features, naturalistic landscapes, and streams than in other parts of the park. While walking in the woods, I felt far, far, far away from the city. I got lost at one point and had to ask for directions, but several steps later I could see the Lasker Rink, and then I knew where I was.

Yesterday, a woman stopped me and asked for directions, because she, too, was lost in the park. She wanted to know how to get to Strawberry Fields. She said she had seen the Bethesda Terrace, the Boathouse, the Met, the Reservoir, and Belvedere Castle. She asked, "I've seen most everything in the Park, right?" No, like me, she had seen far from everything.