The Shame of Our Landmarks: The We Are Ellis Island Campaign 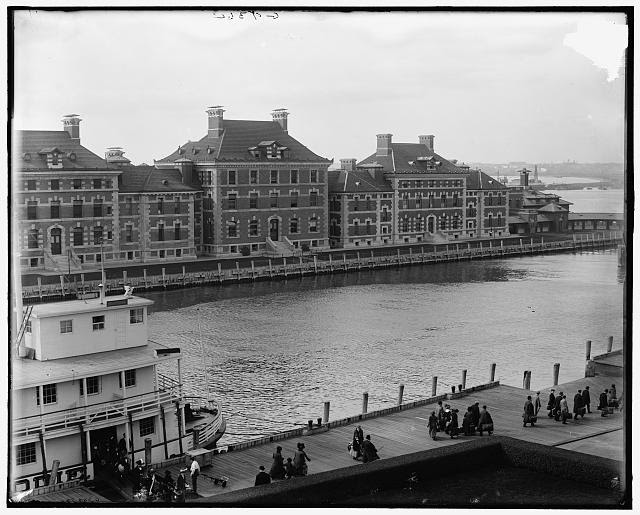 Joe Montana, the former star quarterback for the San Francisco 49ers and once the model of the American Man, is something of a surprise in his key turn as an advocate for the restoration of Ellis Island. But there he is, in a highly effective televised ad campaign titled We Are Ellis Island, wearing a Save Ellis Island T-shirt amid the structural decay of the island's endangered buildings. He talks, in a conversational tone of voice, about the loss of older family members and the need to remember history with his own family, and then he explains the historical function of several outlying buildings on the island and why we need to save them.

The campaign, sponsored by the Arrow shirt division of Phillips Van-Heusen, features several celebrities in addition to Montana, including Katharine McPhee, Elliot Gould, and Christian Slater. On the website, many more "All Americans" who are not as famous share their stories, and there's also a place to give money or pass along the information. I get a little teary-eyed when I see the televised commercials, and they've been running a lot during holiday prime time, but I think it has something to do with the soundtrack (lots of syncopated back and forth motions of violin bows), the digital photography, the aesthetics of decay, and the artistic approach to camera editing. Saving landmarks can tap into a powerful sentiment and tradition.

As a way of re-branding a shirt label, Phillips Van-Heusen has found an effective means of combining advertising with consciousness-raising. Several of the celebrities and the All Americans in the ad campaign, when they're not wearing the casual Save Ellis Island T-shirts, look tailored and well-dressed.

See the We Are Ellis Island website for more information.