Walking the World at the Bronx Zoo

August 26, 2017
Walking through the Bronx Zoo, the largest zoo in the United States, can at times feel like a walk through the whole world.


From the African Plains to Wild Asia to the Congo Gorilla rainforest, a walk among fascinating creatures takes on characteristics of a worldly, and even otherworldly, pilgrimage.


Except for glimpses of the Bronx River Parkway from the zoo’s Wild Asia Monorail, the concrete metropolis gives way to dense jungles, pastures of green grass, and ponds with sleepy pink flamingos.


Set within 265 acres of parkland, the zoo provides the best conditions for the most beneficial sort of walk - a stroll through nature’s green bounty. Here, the company of giraffes and ubiquitous peacocks, among thousands of animal species, are included in the price of admission. 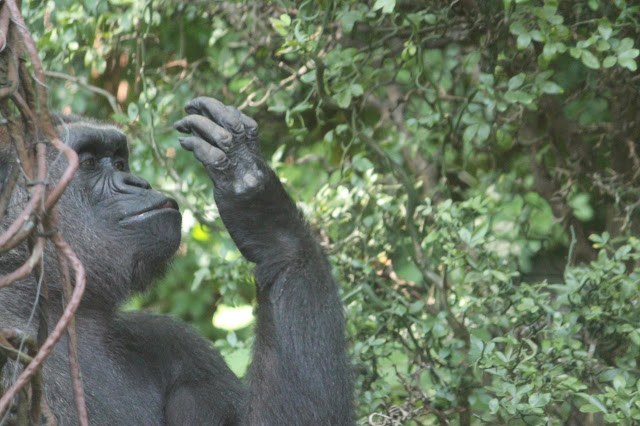 Gorillas in the Congo Gorilla Forest cost a little extra, unless you go for the zoo's Total Experience ticket. Same for a ride on the seasonal monorail, but both these experiences are highly recommended. Riding on a monorail above the leafy Bronx Zoo might be the perfect antidote for counteracting the effects of a summer in the New York subway system.


Repeat visits and walks are almost always necessary in order to see more of this world, including lions, tigers, baboons, bison, bears, and butterflies.


This year, the Wildlife Conservation Society has opened a new park on zoo grounds, Treetop Adventures, an attraction requiring a separate ticket that includes climbing adventures and a zipline that runs across the Bronx River.

Images by Walking Off the Big Apple from August 24, 2017. The pictures were made with a Canon Rebel and a telephoto lens. I wasn't quite as close as the images suggest. Click on pictures to enlarge them.