December 16, 2015
The New York Botanical Garden's annual Holiday Train Show features major landmarks of New York, all made of natural elements such as leaves and twigs. The firm Applied Imagination is their creator. Many of the replicas on display in the Enid A. Haupt Conservatory, itself a NYC landmark, represent beloved buildings that have dearly departed the city, including the old Penn Station.

Two of the finest works in the show are bridges - the George Washington Bridge and the Brooklyn Bridge - which, of course, are very much with us. The Hudson River Valley is well-represented, too, including painter Frederic Church's home, Olana. The biggest surprise in the 2015 iteration of the show is an elegant recreation of buildings from the 1964 World's Fair. The old Penn Station and the replica of the modernist fair anchor the story of this train show. 1964 was the year McKim, Mead & White's palace of train transportation was demolished, making way for the current Madison Square Garden. 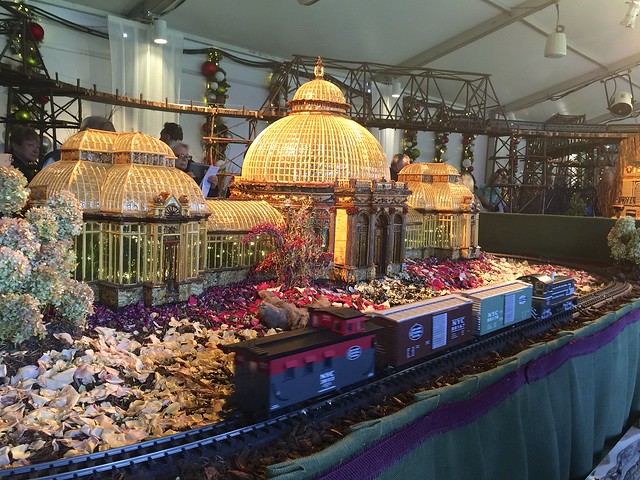 After the show, enjoy a long walk in the gardens and into the woods. 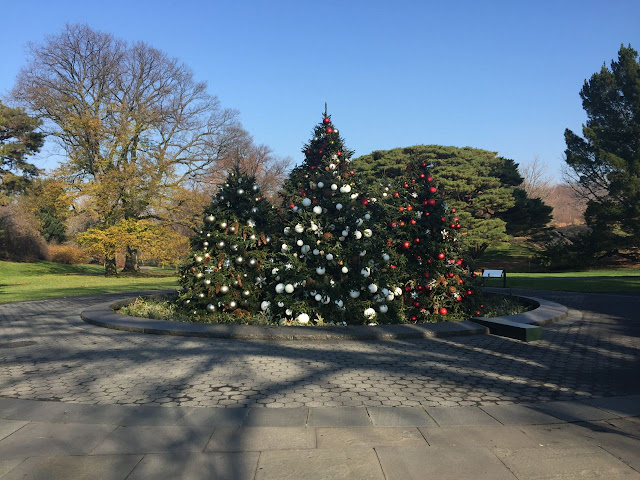 Images and video by Walking Off the Big Apple from December 10, 2015.