The Fourth of July, As Seen from Washington Square Park

July 05, 2013
Last evening on the 4th of July, at the time when fireworks burst in the air over the Hudson River, many people gravitated to Washington Square Park, just like they do almost every night. It was a warm and humid evening, but the skies cleared a few hours in advance, like the whole thing was planned. 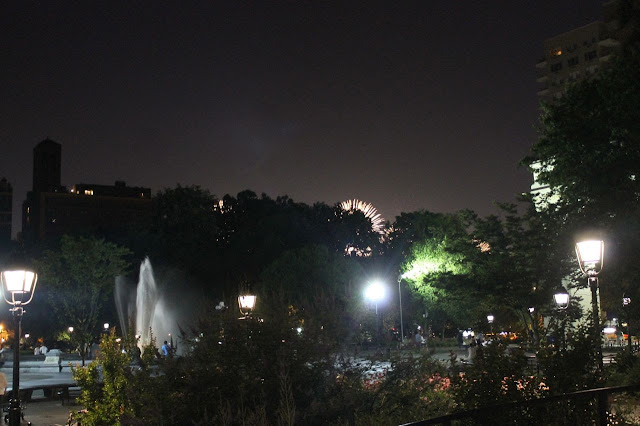 Those of us who gathered in the park could partially see, and definitely hear, the fireworks to the west. A few trees and buildings were in the way. Not the best seats in the house. In a theater, these seats would be the ones labelled "obstructed views." On the other hand, I preferred the cool live jazz of the park's itinerant musicians over the pre-programmed soundtrack. 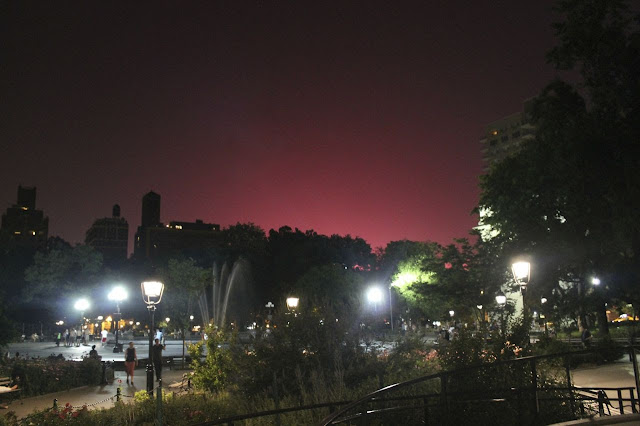 Washington Square Park sits on the south end of Fifth Avenue, with good views of the Empire State Building's patriotic displays to the north. To demonstrate, below is a picture from the evening before. The sight of the Empire State Building through the Washington Square Arch is a natural subject for picture-taking. Patriotic, too, as the arch celebrates the centennial of the inauguration of George Washington. 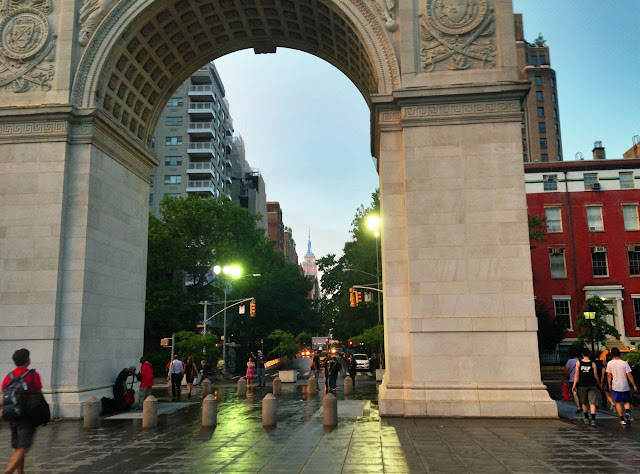 Way to the south of the park, all the way downtown, One World Trade Center was lit up in red, white, and blue. With its antenna installed in May, the building could show off its full 1776 feet. 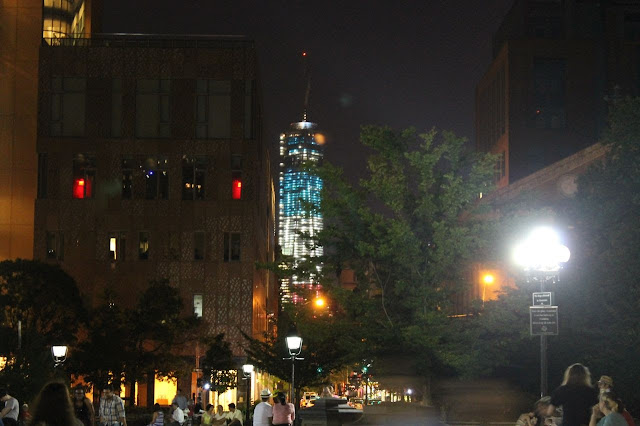 Washington Square Park has long served as a focal point for aspirations of liberty. In 1917 Marcel Duchamp, John Sloan, and Gertrude Drick broke into the Washington Square Arch, climbed to the top, and proclaimed Greenwich Village a free Republic. Decades later, musicians gathered here to sing songs of freedom. On most days, you can still hear them.