This Week in New York, the Place to Be: The Stonewall Inn 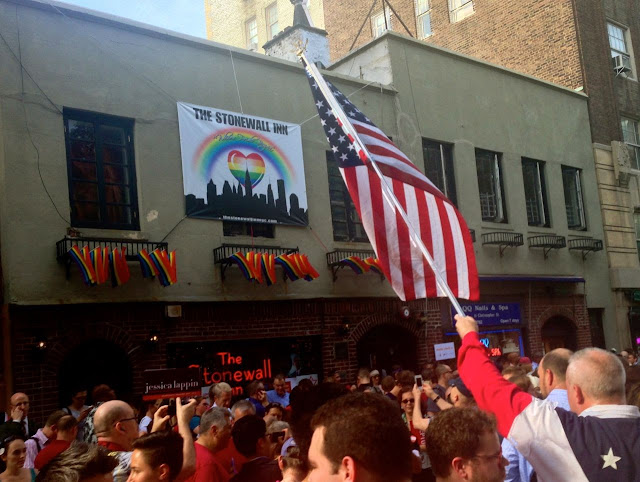 On June 28, 1969 police raided The Stonewall Inn on Christopher Street in New York's Greenwich Village, arresting 13 people, and word of the arrest spread quickly among the community. That was 44 years ago today. Subsequent protests led to the first gay and lesbian march.

On Wednesday of this week, the inn served as the instinctive rallying point for two historic U.S. Supreme Court rulings. In one case, the court ruled that the federal Defense of Marriage Act (DOMA) was unconstitutional on the grounds that the law denied same-sex couples "equal liberty" as protected in the Fifth Amendment. The other case involving California's Proposition 8 paved the way for same-sex marriages in California to resume. Today, the U.S. 9th Circuit Court of Appeals ordered that California counties could issue marriage licenses immediately.

It's Pride Week in New York. Yes, it is. The march takes place this Sunday, June 30, 2013. The march begins at 36th St. & Fifth Avenue and ends at Christopher Street and Greenwich Streets. Near here.