Scenes from a Saturday Summer Afternoon in Central Park: Lawn Bowling and Sunbathing in the Sheep Meadow

June 29, 2013
On an immaculately groomed green lawn near Central Park's Sheep Meadow, an elegant-looking group gathered for the sport of lawn bowling. Dressed in their formal whites, the group attracted a modest group of curious onlookers, as if they had stepped out of time from a lost empire. 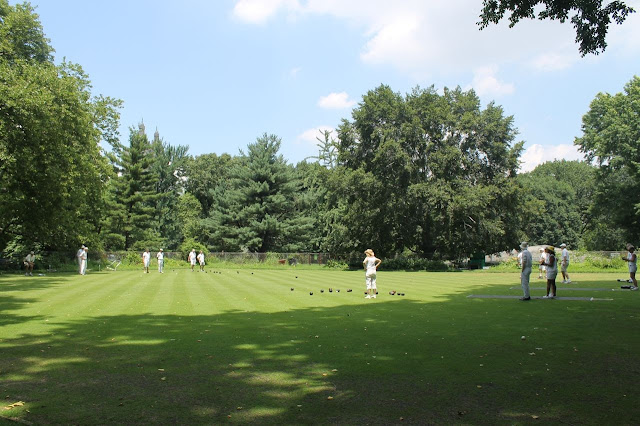 They certainly made a handsome group, even more so for not focusing on their own elegance but on the procedures of the game afoot. 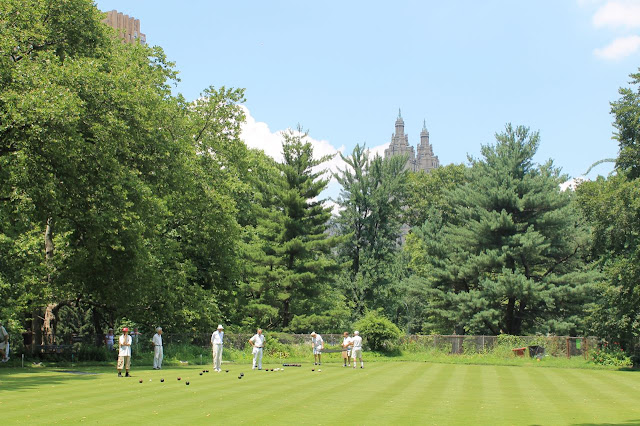 In fact, these are members of the New York Lawn Bowling Club, and according to their website, they invite you to join them. Official site www.nybowls.com


Directly across the way, on the wide green lawns of the sprawling Sheep Meadow, people made less formal choices in dress and activity. 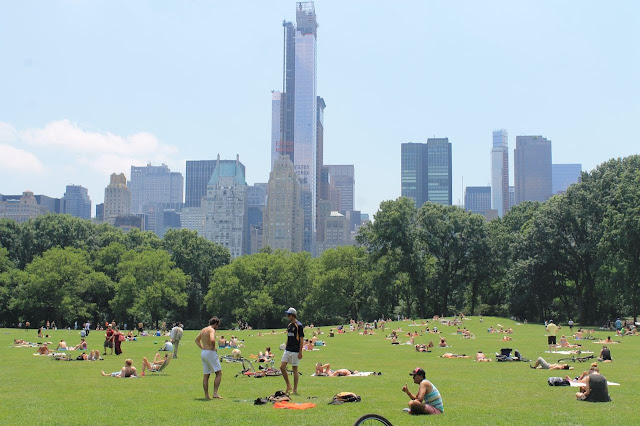 While a few people attempted ball tossing and catching, most people preferred the shedding of clothing and arranging themselves horizontally on beach towels. 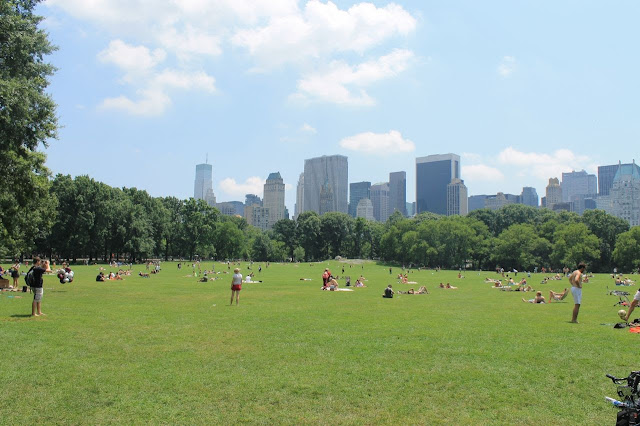 Few people were entirely conked out. The possibilities within the scene invited a degree of alertness, with one eye open, as if one were a dog or a cat. 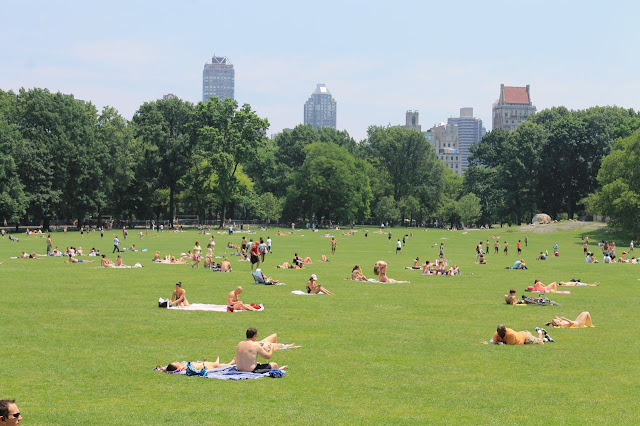 Images by Walking Off the Big Apple from Saturday, June 29, 2013 in Central Park.