April 07, 2012
Today, April 7, 2012 was International Pillow Fight Day, and a large group of people gathered in Washington Square Park in Greenwich Village to take turns pummeling one another with soft pillows. At times, feathers delightfully flew into the air. 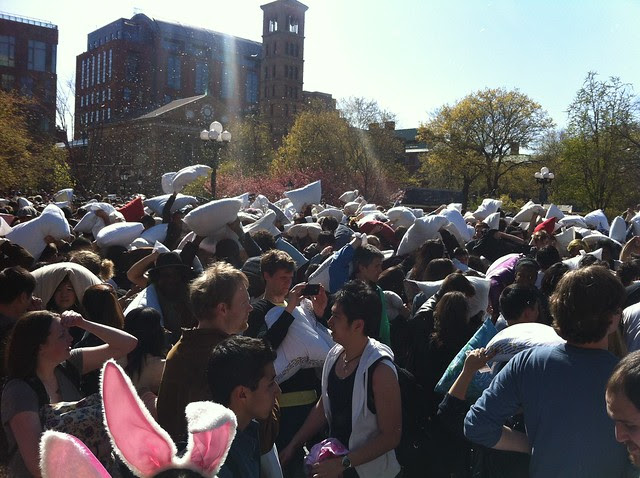 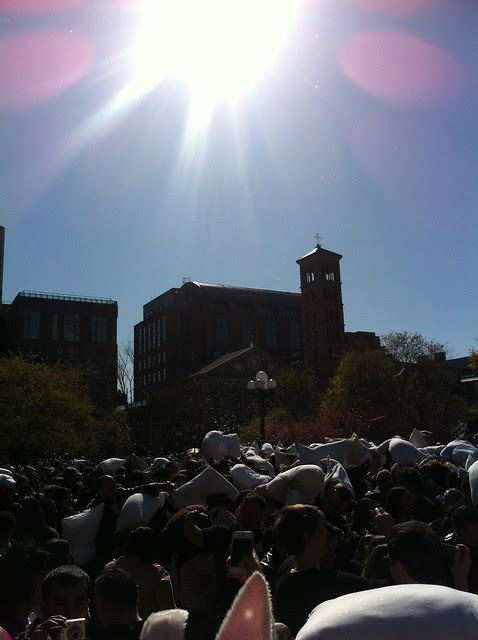 Pillow fights were held all over the world today. According to the event organizers, Pillow Fight Day is an event of the urban playground movement which in turn is "a playful part of the larger public space movement." In other words, participants who thumped fluffy pillows over other people's heads in Washington Square Park today were taking part, whether they knew it or not, in a social movement. That may have explained the presence of NYPD officers on the top of the arch. At any rate, the movement's loose connection of organizers advocate having fun and taking active part in public spaces as opposed to sitting home alone and passively taking in the culture. 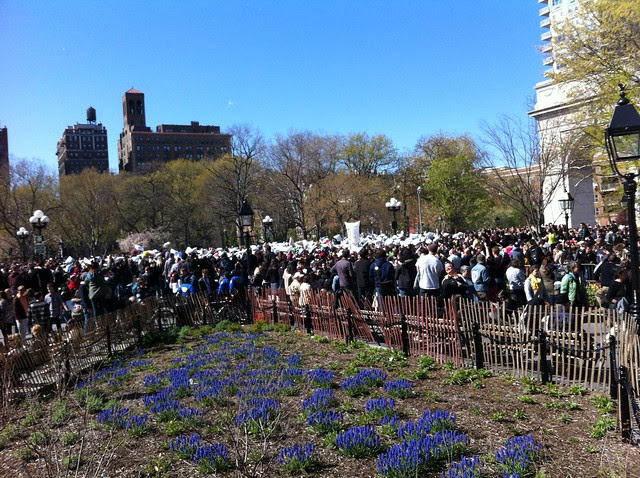 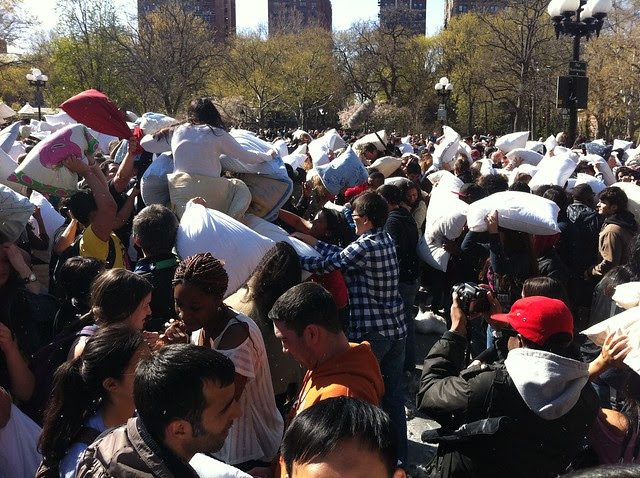 It was easy to poke fun at some of the participants. Many were out to have fun with friends and were certainly clueless that they were taking part in a movement to reclaim the public space for direct democratic ideals. I'm guessing most of the people dressed in bunny ears were not members of a new chapter of the Students for a Democratic Society. As I was approaching the fountain area and stage for the fight, I overheard one girl behind me talking on the phone with a friend and rather joyfully bragging that she had no clue where she was. She told her friend that she didn't see an "arch," although the structure that would certainly fit such a description was right before her eyes. Making a movement for democracy can be hard work. 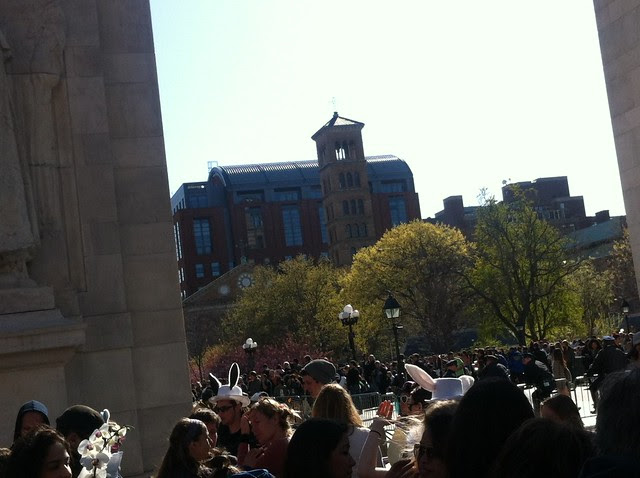 No matter what the motivations, or lack thereof, the event in Washington Square Park on the Saturday before Easter Sunday was a delightful and absurdist spectacle. And on a day as beautiful as this, it was joyous just to be here.

Images by Walking Off the Big Apple from April 7, 2012. More on Flickr WOTBA.