April 08, 2012
Greetings from New York City's Easter Parade. The Easter Bunny is full of joy. In addition to delivering colorful eggs, the bunny delivered a scrumptious weather day for all to enjoy. 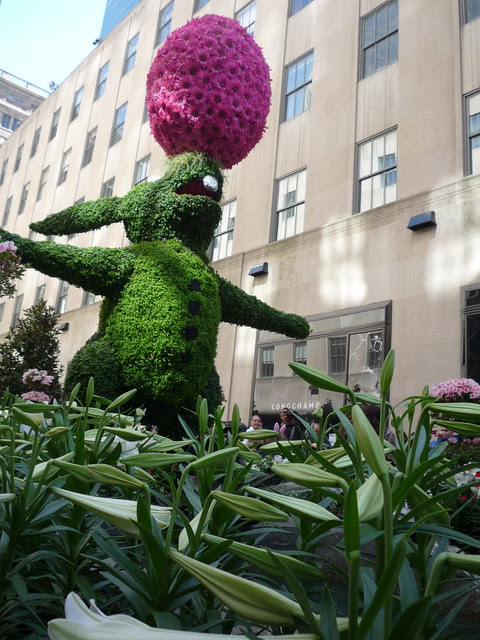 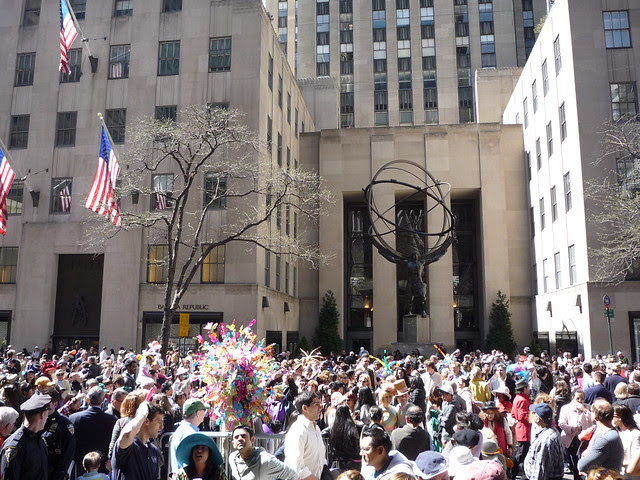 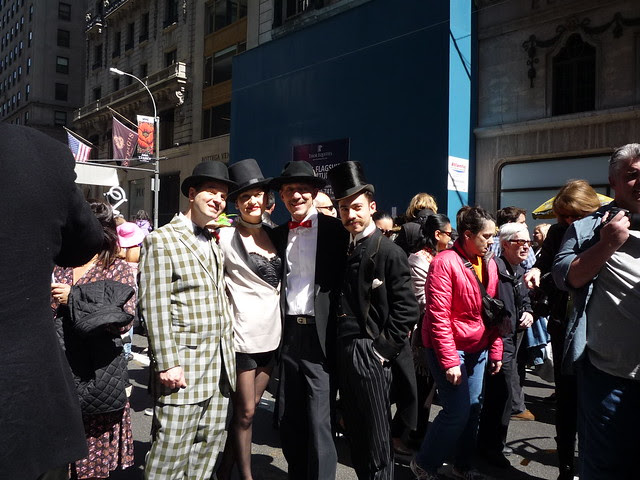 Many New Yorkers and visitors flocked to Fifth Avenue today to show off their Easter finery. Some participants payed homage to the Gilded Age flâneur era, strolling about in top hats and broad-brimmed hats, while others engaged in highly creative interpretations of the Easter bonnet. 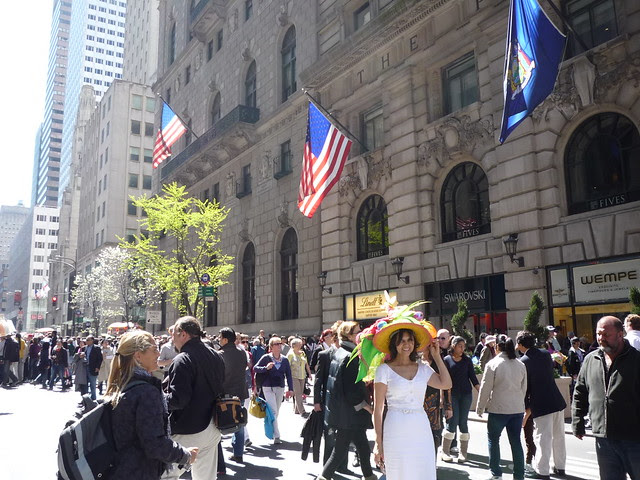 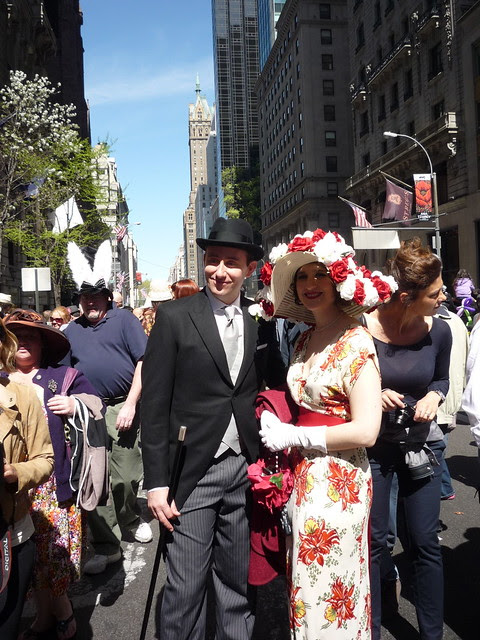 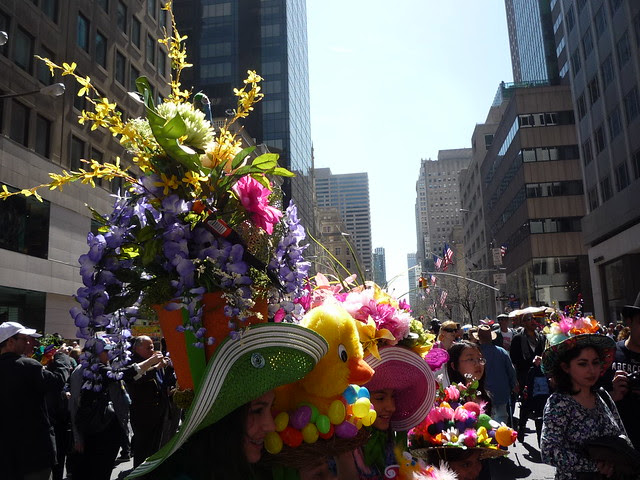 The Easter Parade provides a rare opportunity to stroll up and down the middle of Fifth Avenue, at least between 49th and 57th Streets, the area of this informal event. The parade invites meandering from block to block, searching for the best photo opportunity. We're all photographers now, all of us with our smart phones and higher end digital gear. Of course, we're all after good pictures of the hats and the people who created them. Two men celebrated a "Happy Nor'easter." 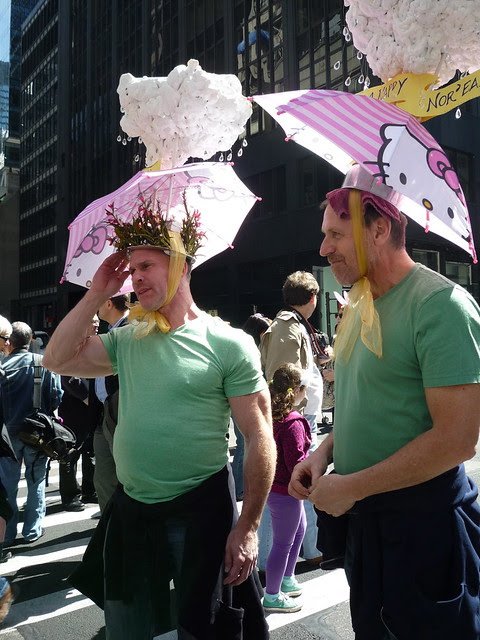 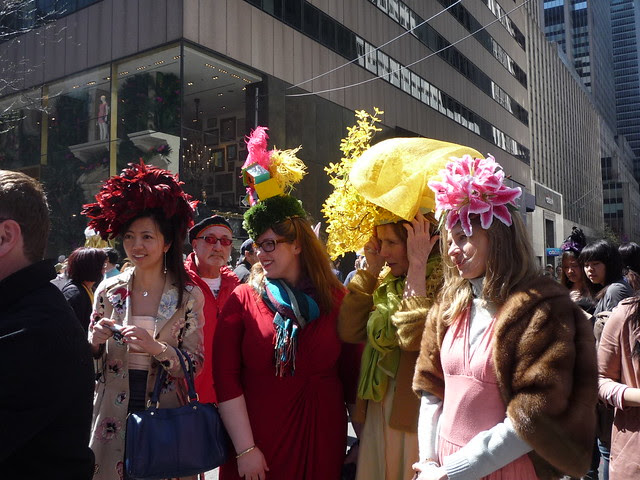 The day smelled like hot dogs and chicken kebabs. Smoke from the food trucks often wafted over the prettily dressed people in their Sunday best. It wasn't bad, though. The wind kicked up from time to time, and people had to hold onto their hats. 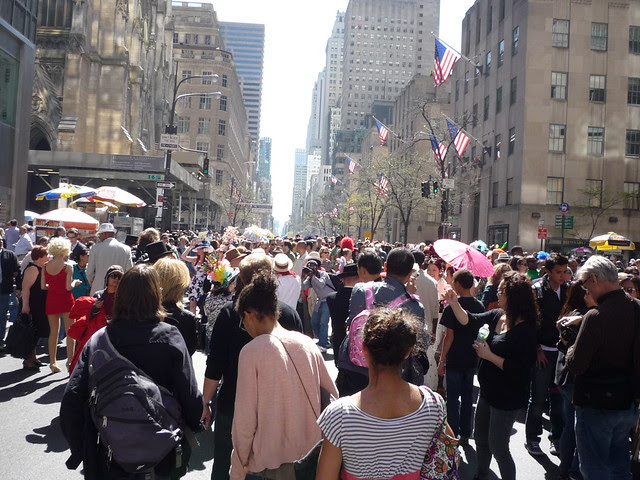 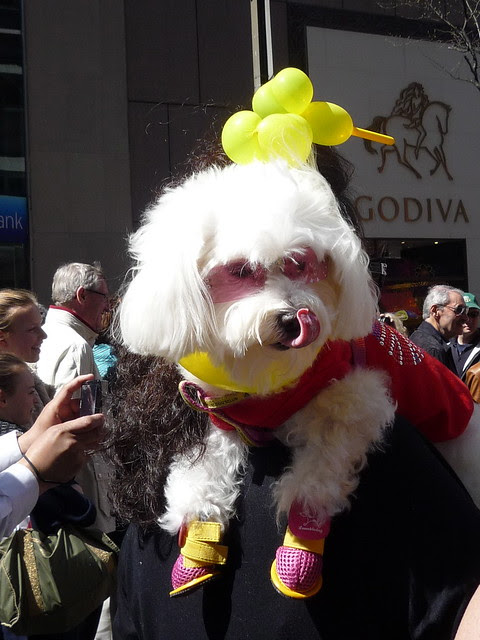 We could have stayed much longer, but at 3 o'clock sharp, the police cars rolled down Fifth Avenue and told everyone to get out of the street. Then, this colorful party wandered down the sidewalks and into the side streets, gradually disappearing until the next Easter Sunday in New York. 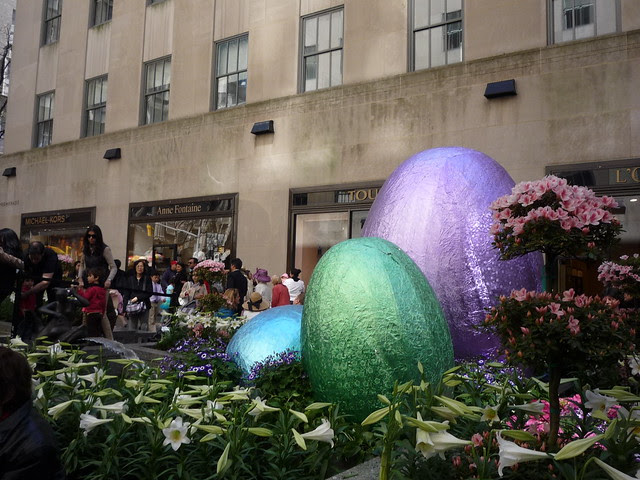 Cynthia said…
Great Pictures Teri, of this years Easter Parade. Some great Bonnets! Thanks for posting for those of us that could not be on 5th Ave. for the Easter festivities!!
2:18 PM

Tom B said…
Thank you for posting these pictures of the Easter festivities. And thanks to the participants who maintain another great tradition that makes NYC the best city in the world.
9:54 AM