A New Year, A New Place to Walk: Pier 15 on the East River Waterfront Esplanade

January 07, 2012
I have a new place for us to walk. It's Pier 15 on the East River Waterfront Esplanade. Find it on the water's edge at the end of John Street, directly south of the commercial Pier 17 at the South Street Seaport. It's immediately south of the historic boats. 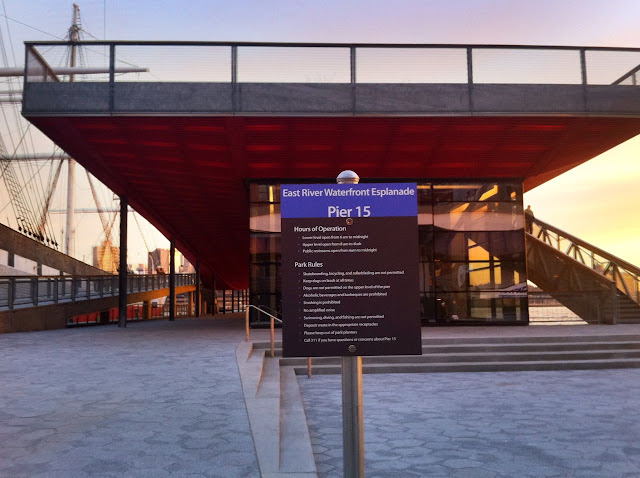 This two-level pier is agreeably sleek and modern in appearance. Pier 15 affords yet new perspectives of the East River, the bridges, Brooklyn across the way, and the changing skyline of Lower Manhattan. It's also a great place to catch an exceptional sunset. 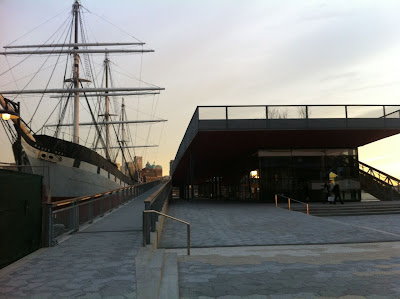 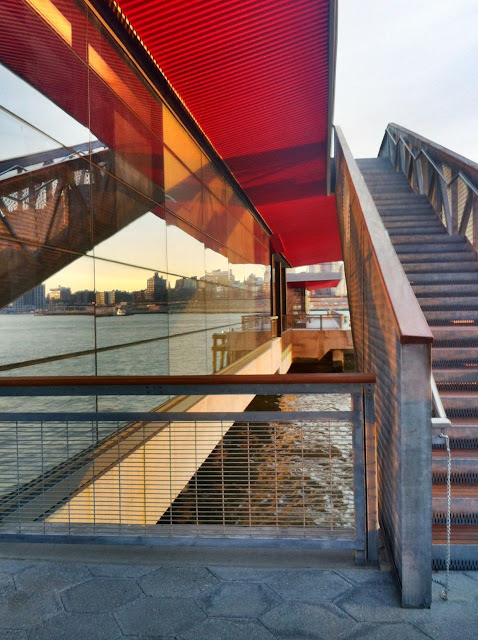 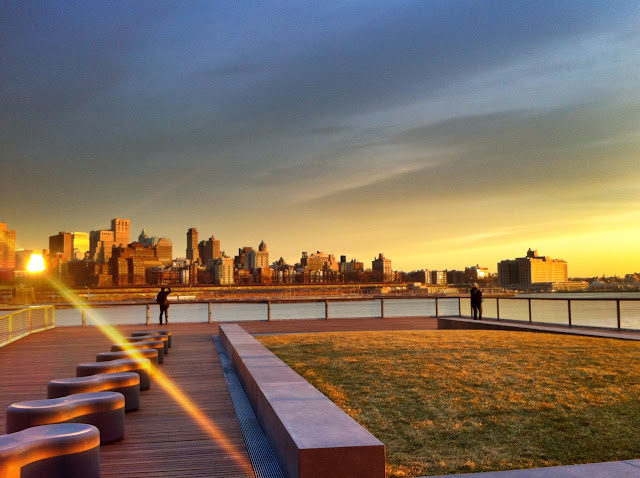 It's good to see developments along the East River catch up to the Hudson River's recent improvements. The East River, once mighty in Walt Whitman's heyday, became much maligned over the twentieth century. While landscape painters flocked to the west side to celebrate the Hudson's natural beauty, the East River got mixed up with the Dead End Kids and crime dramas. (Read more at the post, "Tentative Steps along the East River Park Promenade" . January 19, 2011.) 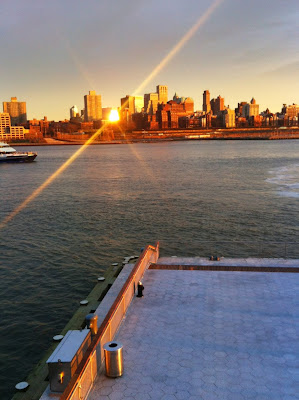 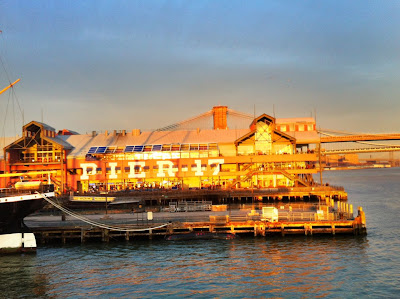 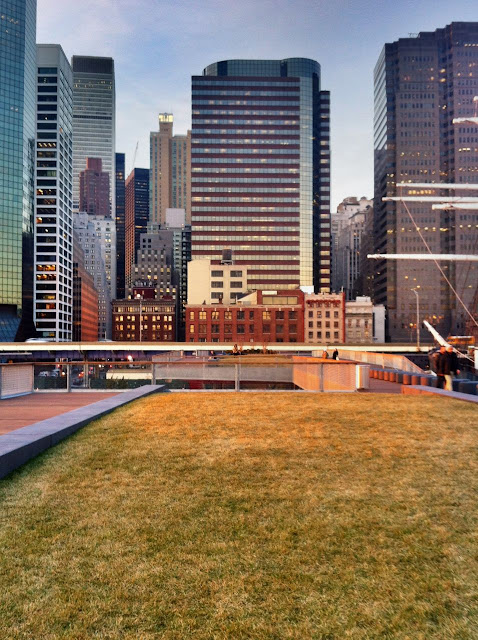 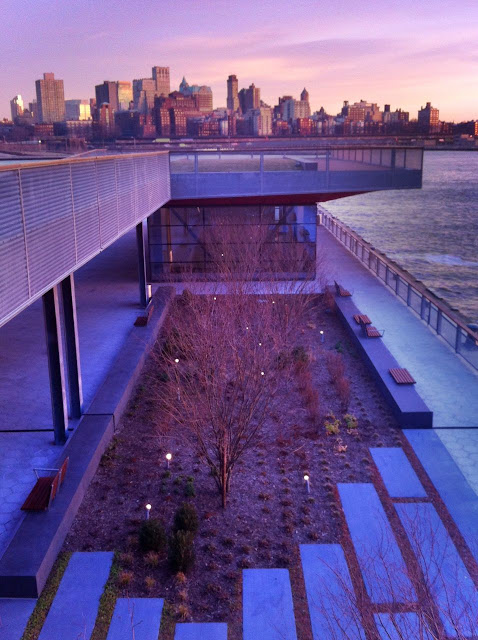 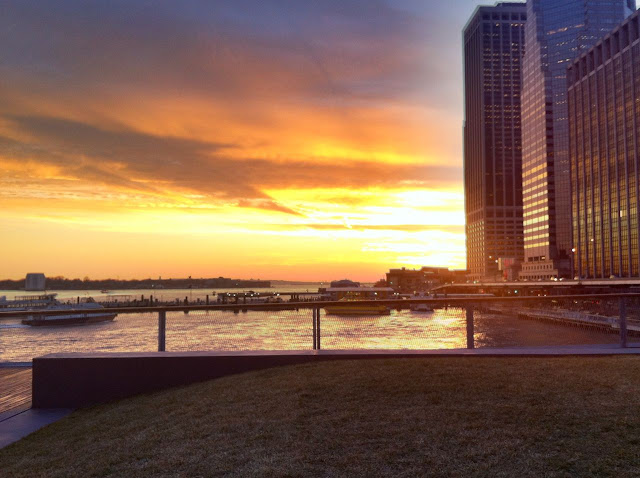 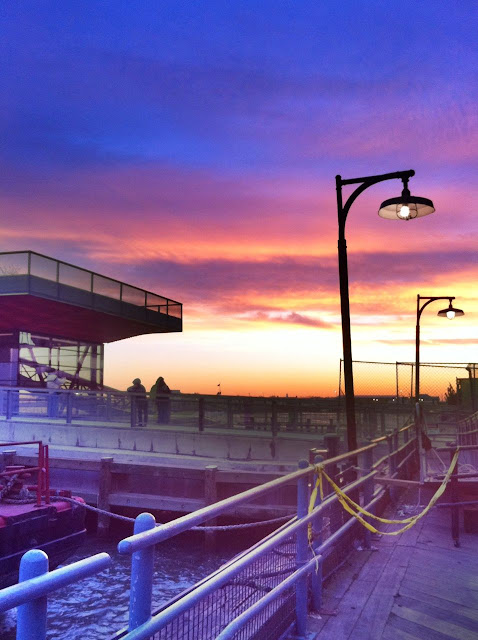 The restoration of ferry service is also part of a resurgence of the East River as a connecting point between Brooklyn and Manhattan. We're also witnessing the larger picture of urban development in New York - a complete transformation of the piers as places of work to restorative places of leisure.

John Street provides a pleasurable means of getting there on foot. The street holds its own surprises and is featured in this follow-up post.

Images by Walking Off the Big Apple from the afternoon of January 6, 2012.

Redstone Soldier said…
Teri, Thanks for the information about Pier 15. I went there this afternoon (9th) and it was certainly enjoyable and worthwhile. Had the entire place practically all to myself. Shot a 5 minute video, which I hope to edit and post on YouTube in the next day or two.
8:01 PM

Teri Tynes said…
Thanks so much! I liked when you walked with the camera on the pier. You were nice to mention Walking Off the Big Apple. (And yes, you pronounced my name correctly.)
7:50 PM