January 21, 2012
Walking in a newly fallen snow during the first hour of daylight is a great privilege for those of us who inhabit the world of city morning larks. 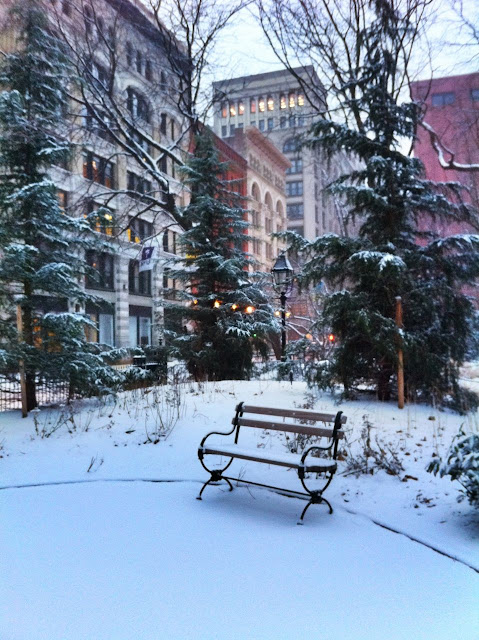 Some of us are by nature "morning people." Others among us, perhaps more partisan to late nights, venture out into the dawn only at the insistence of their dog companion. 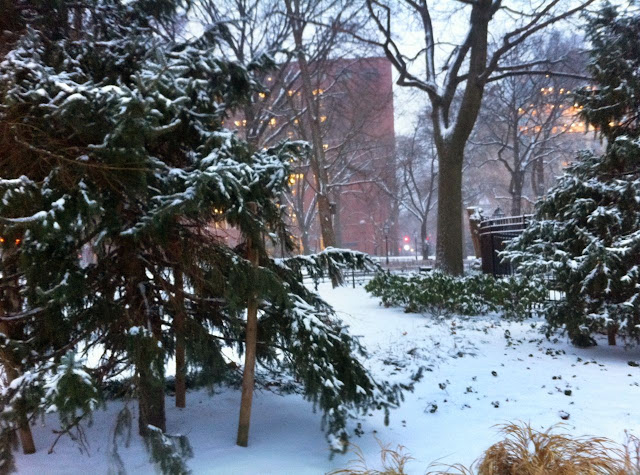 Still others may enjoy looking at the beauty of the city in its quiet and undisturbed state and then go back to bed. The droning sound of snowplows will eventually wake them up. It's nice to catch the city sleeping. It's not known for sleeping. 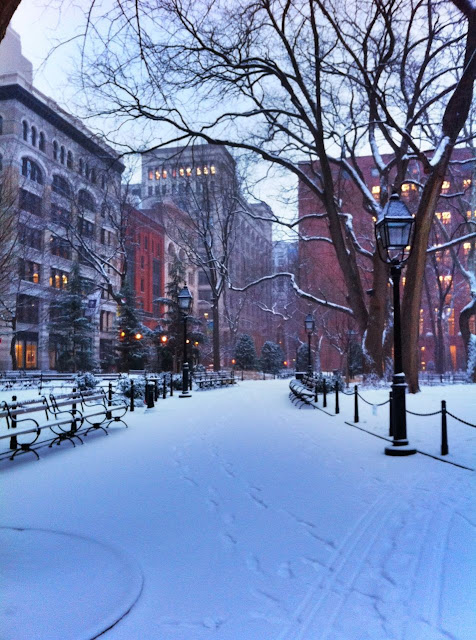 Not everyone likes to wake up to see a newly fallen snow in New York City, while others like the sight of the snowflakes falling past their windows and gathering on the sidewalks below. 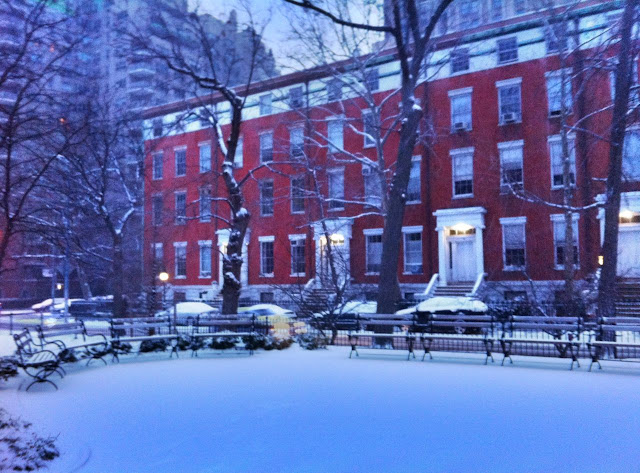 Images by Walking Off the Big Apple from the morning of January 21, 2012. Washington Square Park, Greenwich Village.

Redstone Soldier said…
Stunning photos evoking the sense of a long ago era.
10:53 AM