The Scene at Foley Square: A Rally of New Yorkers

October 06, 2011
Several thousand New Yorkers came to Foley Square late yesterday afternoon to participate in a community and labor rally in support of the Occupy Wall Street protests. The rally ended with a march to the Financial District and Zuccotti Park, the current home base for the demonstrators. 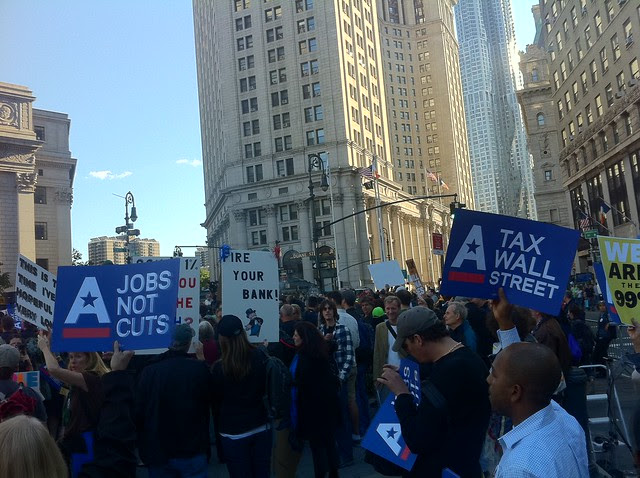 The weather for the event was clear and bright, a stellar afternoon in early October. Foley Square is located in the Civic Center of the city. Two courthouses dominate the east side of the square - the Thurgood Marshall United States Courthouse and the New York State Supreme Court. If you've seen any episode of Law & Order, you're already familiar with the steps of the Supreme Court building.

Many New Yorkers, along with hundreds of supporters from beyond the state and passersby and the curious, assembled in Foley Square.

Some were wise owls. 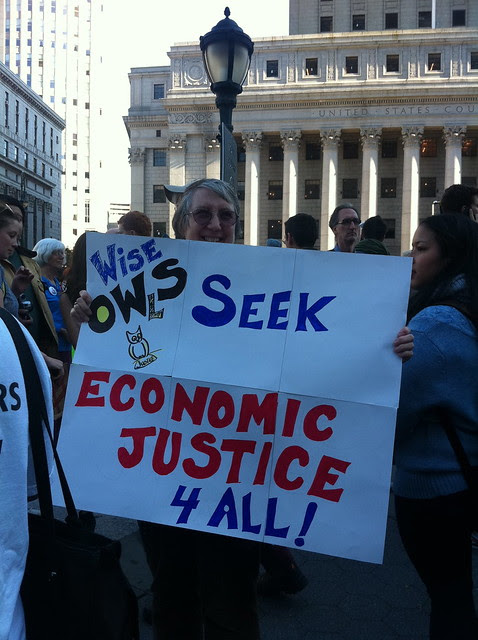 And some were people with ancient wisdom. 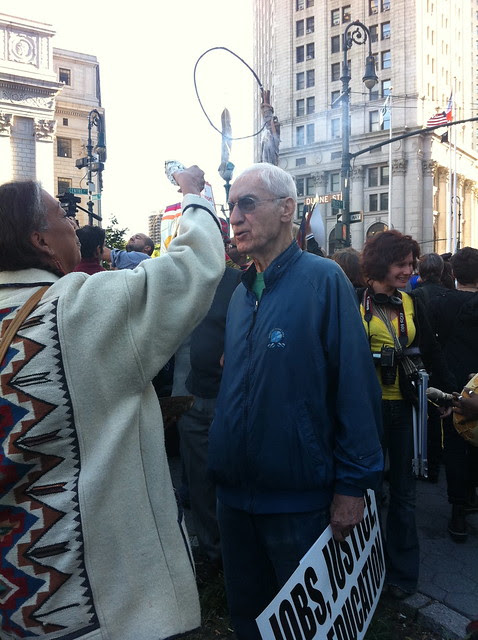 And clean-cut people asked for jobs. 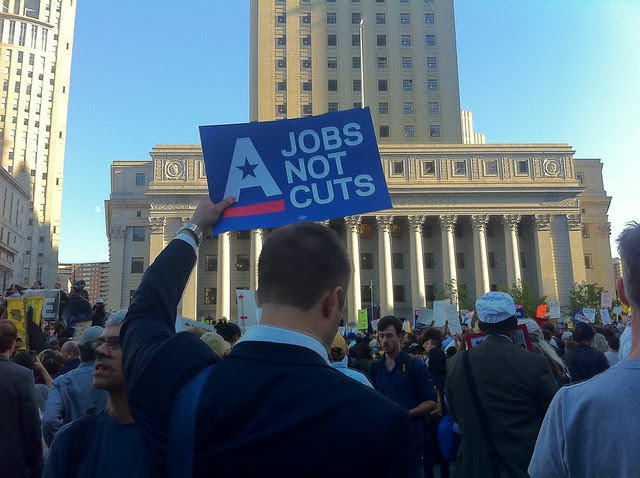 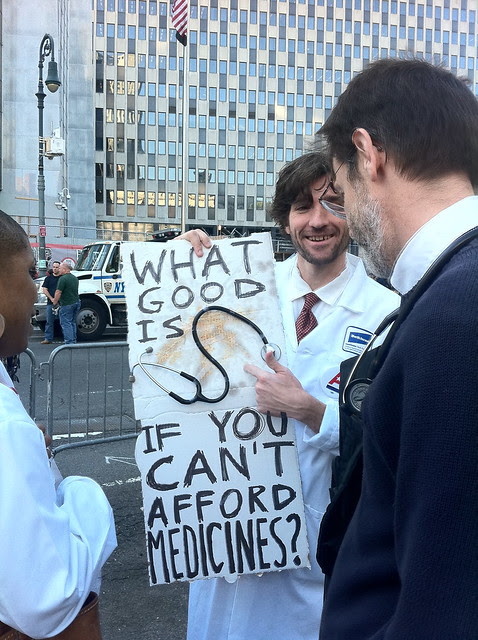 and many musicians came, too. 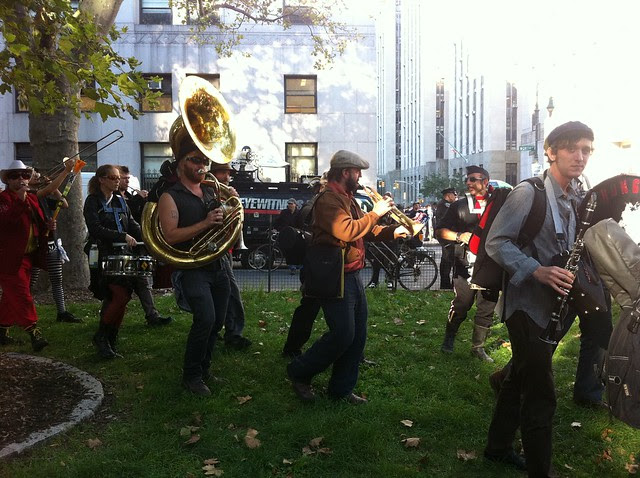 Born-again Americans arrived. And so did the NYPD. 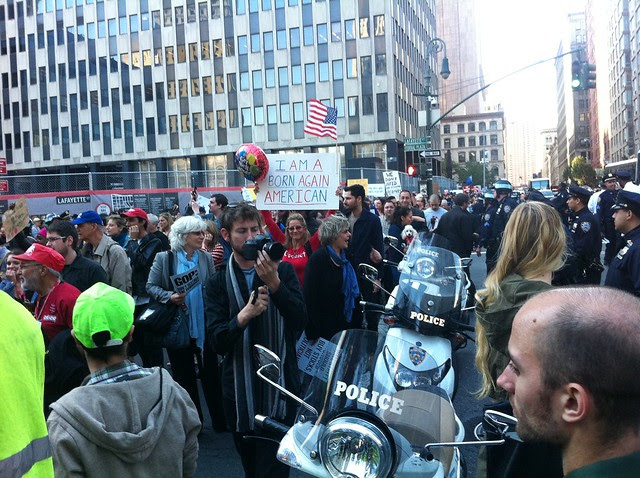 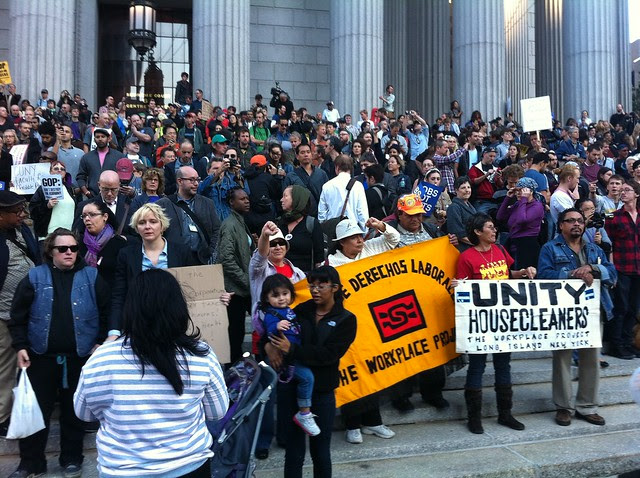 as well as members of the entertainment industry we've seen in the movies and on TV. 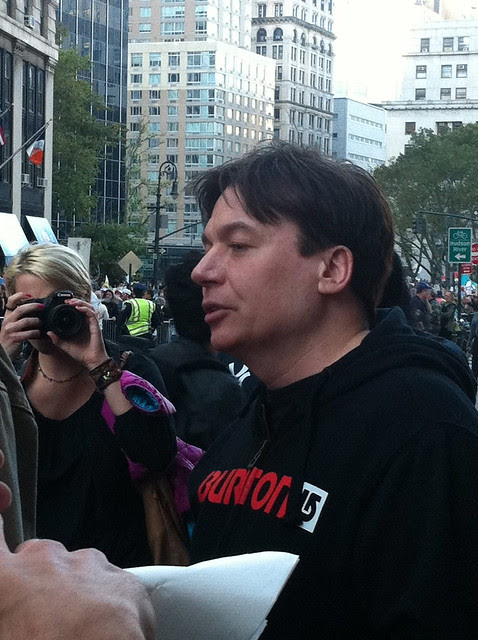 By late afternon, thousands of New Yorkers had arrived, streaming into the park from across the Brooklyn Bridge and from uptown and downtown. 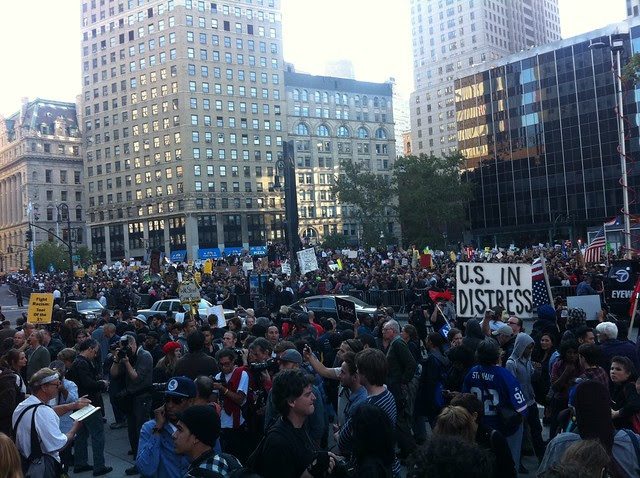 And just as the swelling crowd outgrew the park...it was time to start walking. 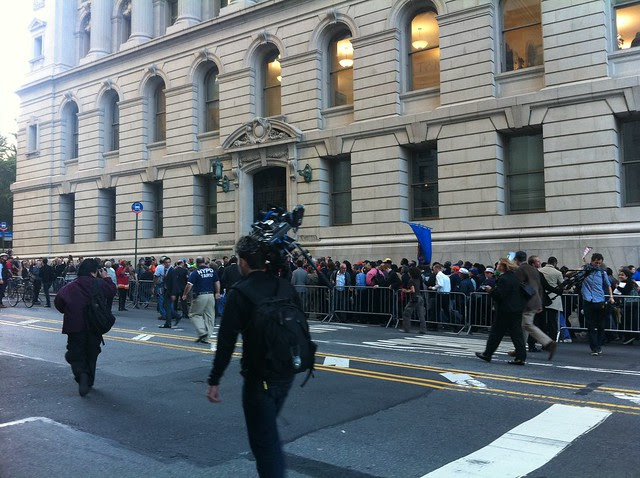 Related posts:
• At the National Museum of the American Indian: An Infinity of Beauty (in part about the language of Occupy Wall Street).
• Situating Zuccotti Park: The Landscape of the Wall Street Protest