July 22, 2011
The steadfast neo-Gothic Trinity Church at Broadway and Wall Street, designed by Richard Upjohn and consecrated in 1846, remains one of the most visited landmarks in lower Manhattan. Visitors to the dark canyon of Wall Street can't miss it, as its rising brownstone silhouette defines the view to the west, a conversation between finance and spirit. In the summer months, downtown office workers and tourists enjoy the cooling shade of the celebrated Trinity Churchyard (below). 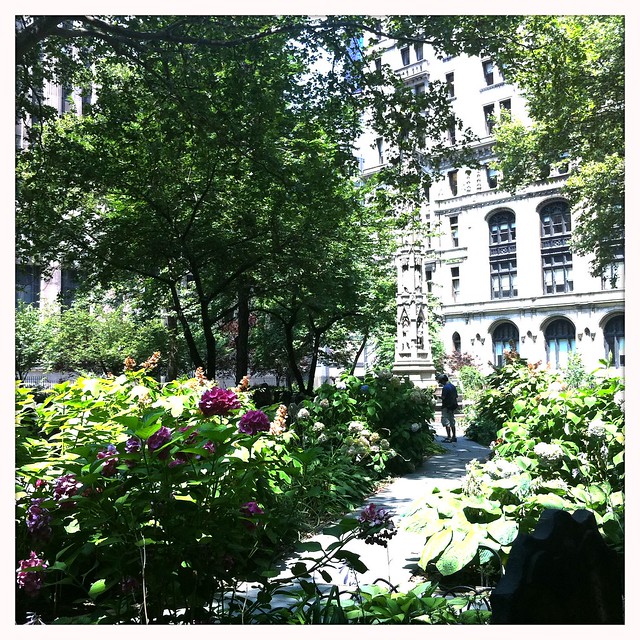 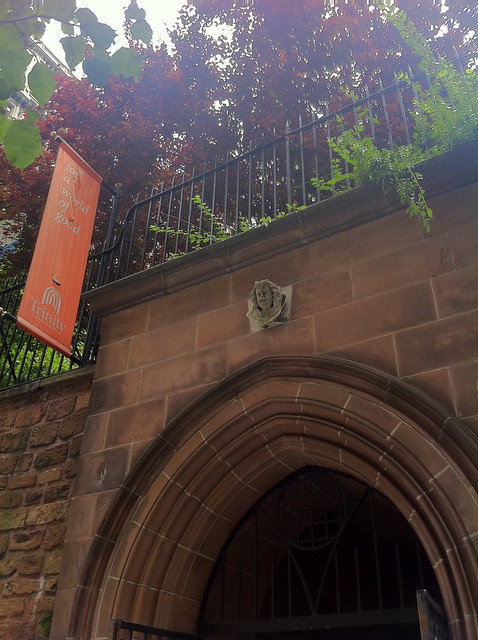 The nearby marker for The Cherub Gate reads as follows:


"The cherub above is a gift to Trinity Church from the Church of St. Mary-le-Bow in London which was designed by Sir Christopher Wren in 1680 and was destroyed in an air raid on May 10, 1941. The cherub survived the bombing and was presented to Trinity Church on Jun 11, 1964."

Trinity Wall Street and St. Mary-le-Bow in London are sister churches. When William III originally granted Trinity Church's founding charter in 1697, he declared that the church officials were to have the same fees and privileges as St. Mary-le-Bow in London. Not only did the two churches become sister churches, they developed similar parallel lives in their respective central metropolitan locations.

The East End London church possesses a deep history, founded near the year 1080 as the London headquarters for the archbishops of Canterbury. St. Mary-le-Bow is well-known for its long association with "Cockneys." A tradition maintains that a true Cockney must be born within the sound of the church's famous Bow Bells. St. Mary's baroque church building was designed by Christopher Wren in 1671-1673, with full completion of the tower a few years later. During the London Blitz on May 10, 1941, most of the building was destroyed.

After the bombing of St. Mary-le-Bow, Trinity Wall Street helped financially with its sister church's reconstruction. Around the time of the completion of St. Mary's rebuilding and reconsecration in 1963-1964, the London church presented Trinity with a miniature replica of its "Bow Bells" and this cherub head, the one now gracing The Cherub Gate on Trinity Place.


View The Cherub Gate, Trinity Place in a larger map

Images by Walking Off the Big Apple.