The Rain on Prince Street 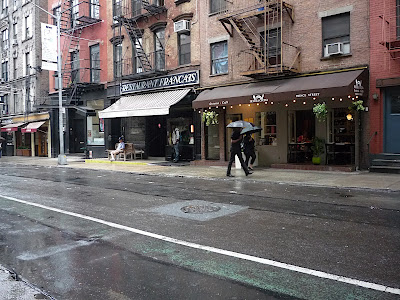 Some posts on this site advise people what to do when it rains in New York - things like go to a museum or visit Grand Central Terminal, etc., but actually, everyday life in New York can be lovely when it rains. Unlike days with sunny weather, when the sun bleaches out colors, a rainy day accentuates the bright colors of painted buildings, the yellowness of the yellow taxis, and the colors of those funny objects called umbrellas. (It's a mystery to me how New Yorkers can magically produce umbrellas at a moment's notice.) A walk in a busy neighborhood like Soho can offer a chance to look at the rain on the shiny street or visit an unfamiliar store or escape into a cafe. Walking along Prince Street today seemed to afford those kinds of pleasures. 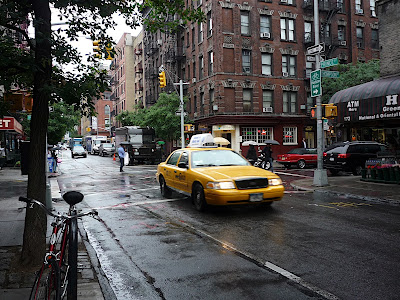 A selection of previously published rain-themed posts follows. The images, however, are as fresh as the newly-fallen rain. 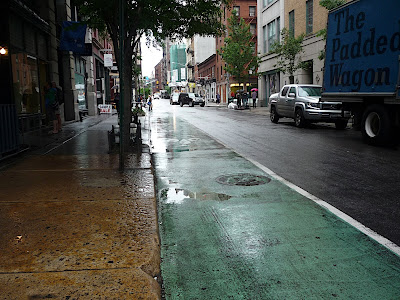 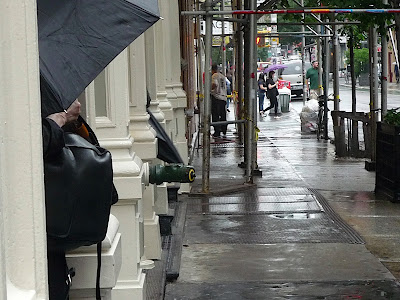 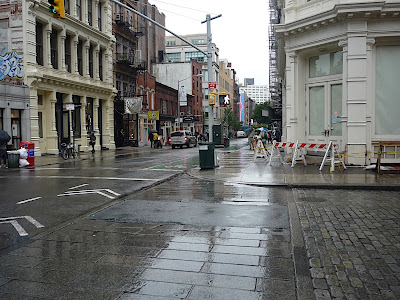 A rainy day in New York can evoke the cinematic romance of New York. If you've ever seen the last scene in Breakfast at Tiffany's, you know what I mean.

Images by Walking Off the Big Apple from the afternoon of June 9, 2010.