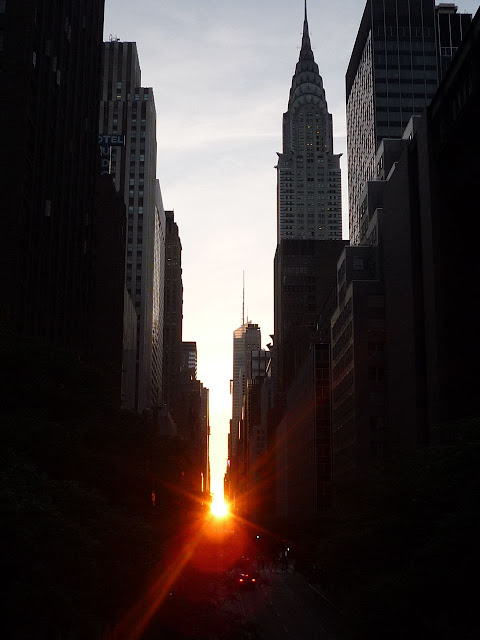 Many people left the city for the Memorial Day weekend, but several of us who belong to a particular tribe of neo-Druid photographers made sure we were back in town just to watch the sunset. Sounds peculiar, I know, but the weekend happened to correspond with "Manhattanhenge," a word coined by Hayden Planetarium Director Neil deGrasse Tyson to describe the phenomenon when the east-west crosstown streets of midtown Manhattan move into alignment with the setting sun.

On an evening when no clouds interrupt the view and the temperature hovers in a netherworld between not-warm and not-cool, the luminous experience is glorious and transcendental. The payoff comes in the last fifteen minutes of blow-out glory, when the Sun, saying its goodbyes, throws out a splash of gold and crimson along the manmade canyons. Several of the great crosstown streets show off the effects of this spectacular light show - 14th, 23rd, 34th, and 42nd, for example, as well as the streets in between.

Last evening, I joined others on the bridge that overlooks 42nd Street at Tudor City, a well-known spot for the viewing, arriving around 7:35 p.m., just in time to watch and wait for the expected setting of the half-Sun at 8:17 p.m. The Chrysler Building was there. As the clock ticked down to the Sun's fifteen minutes of fame and the horizon grew ever more blazing, the gathered photo tribe, literally focused and dead set on the great shot, laid down a soundtrack of whooshing shutters. The Sun went out like a rock star, and we were its paparazzi. We applauded at the end.

Weather permitting, Manhattanhenge will repeat with the Full Sun on the grid at 8:17 p.m. on Monday, May 31, 2010. For dates in July and more on the phenomenon, see the Hayden Planetarium page on Manhattanhenge. 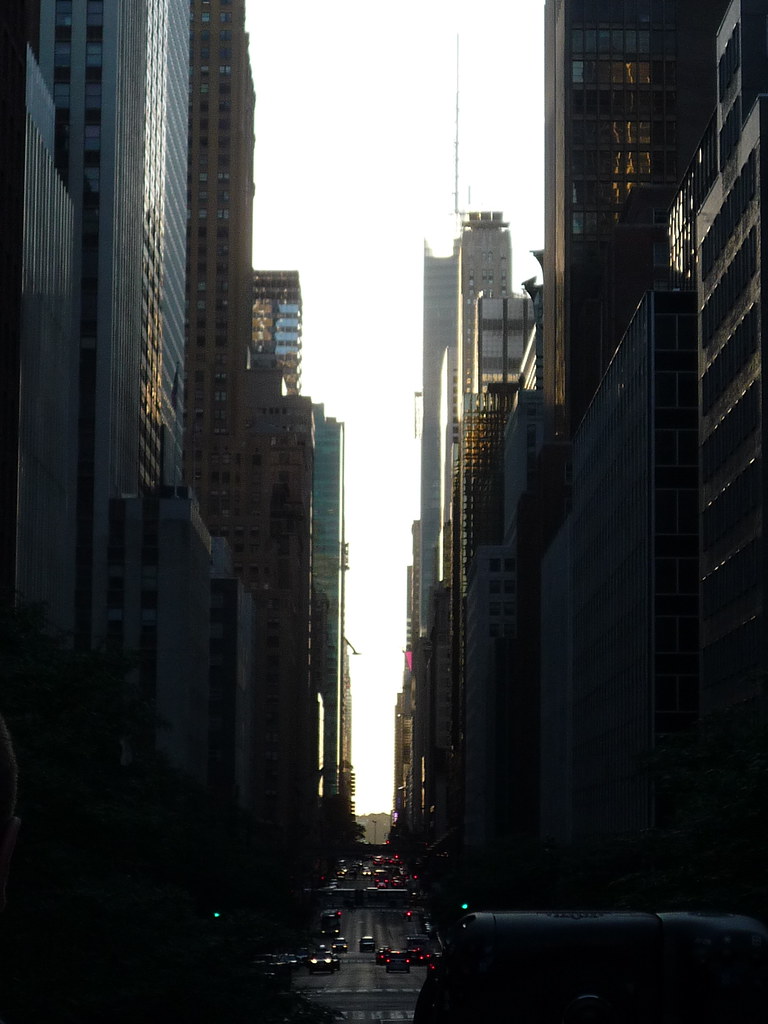