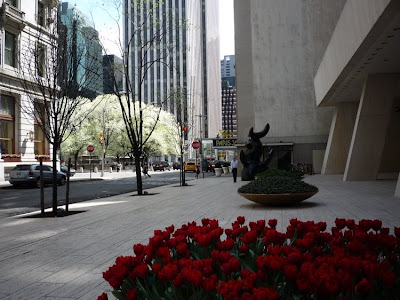 • Walking Off the Big Apple's favorite spring walk: Wandering in the Ramble, Central Park. The closest thing in New York to the back nine at Augusta. A favorite for birdwatching. 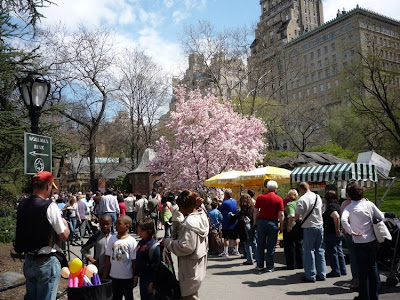 • Million TreesNYC. A citywide, public-private program to plant and care for one million new trees across the City's five boroughs over the next decade.

• Honoring a Revolutionary-era white oak in Prospect Park that gave its life for its country.

• Tree: A Bistro and Garden in the East Village 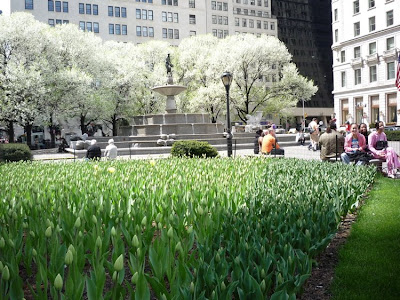 • The book, New York Trees: A Field Guide to the Metropolitan Area, by Edward S. Barnard. Review on About.com

Images by Walking Off the Big Apple of trees in Union Square Park from April 23, 2009 and of blossoming trees in Central Park and the area near 59th and Fifth from Saturday, April 18, 2009. Clicking on each image for viewing in a larger window.