The Sounds of the Village on Election Night, and the Raw Percentages from the Five Boroughs 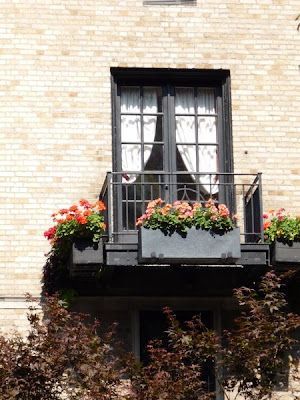 Just after 11 p.m. on Election night, the moment the networks projected Senator Barack Obama to be the President-Elect of the United States of America, a great roar went up in Greenwich Village. Opening the door to the balcony, I could hear the collective shouts of joy and celebration emanating from other balconies, and from terraces, the streets, and from the doors and windows of many nearby bars. The sounds could be mistaken for the collective cries of glee following a major sports game, but many people came out on their balconies and simply clapped their hands together, a rousing but polite response to a great symphony performance -"Finally! Bravo America! Well done!" And then, of course, I could hear many sounds of the President-Elect's name, so perfect for rhythmic chanting, shouted into the night air, at short and farther distances - "Obama! Obama! Obama!" Car horns, Yippees, Yays, and Obamas continued long into the wee hours of the morning.

I doubt if many people in the neighborhood were productive today. I spent most of the day feeling as if the events of the night before weren't quite real, and I've been lingering in a happy but somber mood. Happy in victory, but somber in facing the daunting challenges ahead. I can only face the challenges of work if I've had the benefits of a good night's sleep. Tonight, the preparation begins.

The electoral tallies, percentage-wise, from the five boroughs:

Image of a Greenwich Village balcony by Walking Off the Big Apple.

It must have been a mighty amazing experience for you and your country. Thank you for sharing your thoughts with your faithful readers.