Two Hotels for Foodies and Literary-Minded New York Visitors: The Evelyn and The Library 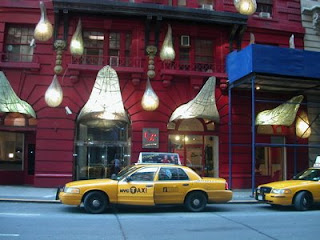 (Revised June 2015) Just off Fifth Avenue, The Evelyn on E. 27th St. (formerly the Gershwin) is within easy walking distance of Madison Square Park to the south, the Empire State Building to the north, Chelsea to the west, and Gramercy Park to the east. The Evelyn is near some seriously good restaurants including Country, Blue Smoke, Hill Country, Les Halles, and others. 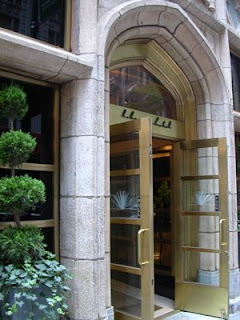 The refined Library Hotel on Madison at 41st St. wins the high concept award, as this venue near the New York Public Library has organized itself according to the Dewey Decimal System. Each of the ten floors is arranged around one of the categories of the system, and the rooms on each floor are organized by topic. The 9th floor, for example is devoted to History and features rooms devoted to 20th Century History, Ancient History, Oceanography, Asian History, and Geography and Travel Biography. Madison & Vine, a bistro and wine bar, is located downstairs, and a rooftop bar opens in late afternoon. With rates relatively high, certainly compared to the Gershwin (but much lower than the likes of the Gramercy Park Hotel), look for special promotions and "hot dates" around the holidays. The bookish erotica special may please some in the crowd.

Images of The Evelyn and Library Hotel by Walking Off the Big Apple.