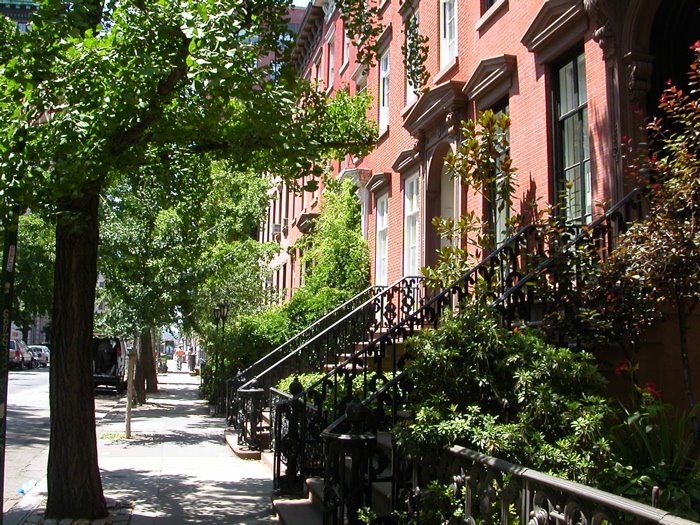 St. Luke's Place, the designation for a beautiful block of Leroy Street in the lower West Village west of 7th Avenue, is worth visiting just for its charming vine-covered Greek and Renaissance Revival townhouses, but it also exudes some powerful cultural and historical caché.

Line up the numbers of the houses, and the literary, artistic and political lives unfold

When I visited New York during my teenage years, I walked around this area with my mother and some of our New York friends, and the images of the curving streets, genteel brick townhouses, lamp posts, hidden restaurants, and theaters made an enormous impression on me. I still continue to harbor a deep-rooted romantic attachment to this area, and exploring the neighborhood again gives me an opportunity to understand why.

Mary Hilton said…
I adore Marianne Moore and can't wait to check out her former abode. I am hoping for my suddenly overdrive NYC life to slow down enough to enjoy a leisurely stroll, and to ponder the things that really matter - like poetry. Thanks for the reminder.
10:05 PM

Teri Tynes said…
Thanks, Mary,
I like the part about slowing down. I decided that I have a certain pace, one slower than the norm, and that it was OK to just stroll. This mentality helped me a lot while standing in line at the ATT store the other day.
5:09 PM