Central Park: My Temporary Office Near the Bethesda Terrace 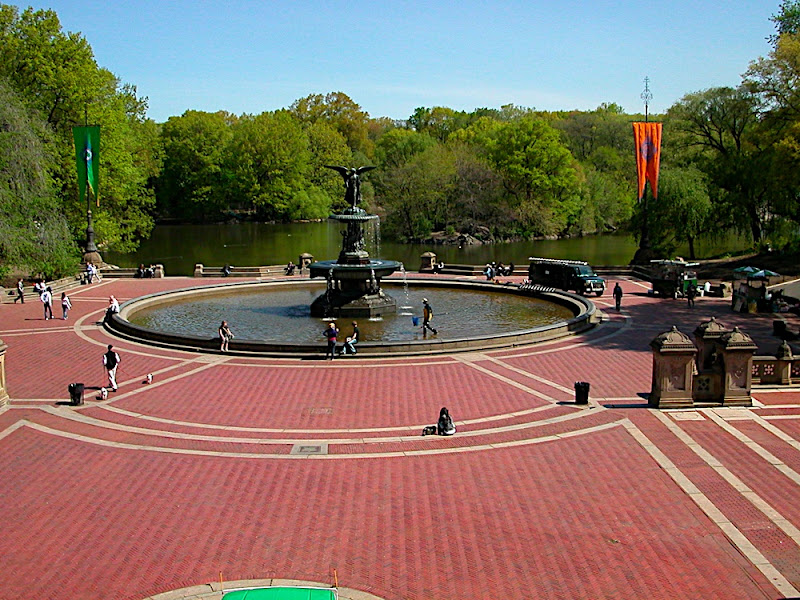 It's 10:43 a.m. and I'm writing from my temporary office location in Central Park. I'm sitting under a wisteria-covered arbor next to the Rumsey Playfield just south of 72nd Street and the Bethesda Fountain and Terrace (above). I picked the location because it's a designated park Wi-fi location (link to NYC park wi-fi locations) Getting online was easier than thinking. 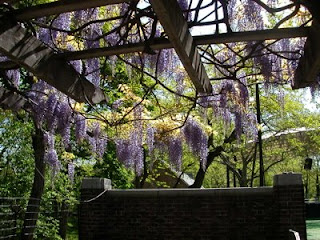 Just an hour ago I was home, and now I feel like I'm completely elsewhere. I hear the sounds of chirping birds, the music on a radio that the park crews are listening to me behind me, and the occasional helicopter. A visitor from Ottawa, Canada just asked me to take a picture of her, because this is her last day here, she said, and she realized she needed at least one picture of herself.

After taking the C train to 72nd, I got off the train at Central Park West. The Dakota apartment is there, and nearby, in the park, is Strawberry Fields and the Lennon "Imagine" memorial. I walked west through the park on a path near 72nd, following smaller paths to the Lake. Several people, not a ton, are out and about walking and strolling. It's verdant. So many azaleas are in bloom that Central Park looks like Augusta National.

Images: Bethesda Fountain and Terrace and my temporary office location under the wisteria in the Rumsey Playfield. Monday May 5, 2008, mid-morning.