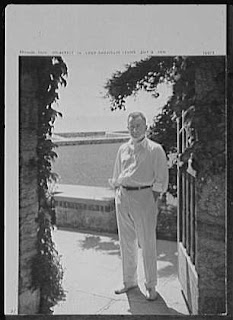 During the heady years of the late Jazz Age in New York, architect Raymond Hood (1881-1934) presided over some of the city's most dazzling projects. Catapulted to fame after winning the 1922 competition to design the Chicago Tribune building with partner John Mead Howells, Hood quickly built a reputation in New York. Architecture critics and historians denounced Hood's winning Chicago Tribune design as too safe and too neo-Gothic retro, especially in comparison to the competition of European modernists, but he would come to shed these retro design sensibilities, embracing the sleeker lines of art deco and simpler geometries.

Hood's American Radiator Building at 40 W. 40th Street in New York, his first major New York commission, echoed the Gothic lines of the Tribune building but with the added drama of black brick and gold trim. With the Daily News building and the McGraw-Hill Building on 42nd Street, and as lead architect for the team that designed Rockefeller Center, including parts of Radio City and the monumental RCA building, he helped bring modernism to the United States. 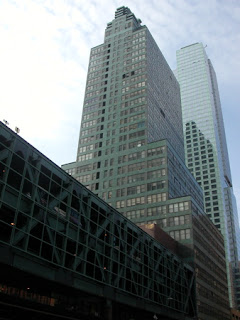 Hood was a late bloomer, and he didn't get a lucky break until he was 40. He started out broke. He was persuasive with clients, logical, and mischievous. A man of slight stature, Hood nevertheless put his faith and hopes in the future of tall buildings.

His buildings are worth a close look. They're hopeful and utopian and full of fun. He would have called them simply practical. So, a walk begins - 42nd Street, Rockefeller Center, and environs, with a detour to a little building on Bleecker Street.