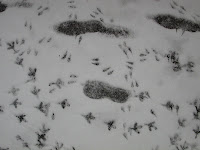 Christopher B. Leinberger, a visiting fellow at the Brookings Institution, ranks the country's most walkable communities in a report released today. New York ranks 10th overall on the list of the 30 largest metropolitan areas, but the city has more walkable urban areas than other places, according to the study. The walkability factor was determined by counting the number of "regional-serving walkable urban places," meaning places with jobs, shops, and culture that attract people who don't live there.

Washington, D.C. is the overall leader, because the ranking is based on a per-capita basis. Our nation's capital is a lovely place to walk, I can attest, especially around the DuPont Circle neighborhood where the Brookings Institution is located.

Leinberger observes that young professionals are behind this desire, but other factors help with the creation of successful walkable communities. He cites the viability of a city's rail transit system as the most important element in creating these flaneur-friendly cities. A healthy economy and mixed-use development figure in the equation as well. No surprise here, but I'm encouraged by this type of advocacy.

I look forward to reading the study in more detail, especially the 21 places identified in the study as the most walkable in New York City.

See also The Option of Urbanism: Investing in a New American Dream by Christopher B. Leinberger (Island Press, November 2007)