A Great Day for the Irish

March 16, 2012
(updated for 2016) The start of spring and Saint Patrick's Day go hand in hand in New York City, and even more so this year with the arrival of warm weather and the look of an early spring. Everything is turning green this week. A walk through Central Park this week confirmed that the park looks ready to share in the day's celebrations forming a verdant backdrop to the New York City Saint Patrick's Day Parade on March 17.


Let's check out the event details, the weather forecast, nearby watering holes of an Irish nature, and finish with a song by a woman who really knows how to sing about parades.

• Follow the New York City Saint Patrick's Day Parade, a New York tradition since 1762. The parade starts at 11 am on Fifth Avenue at 44th Street and continues up the avenue past St. Patrick's Cathedral (Fifth Avenue at 50th St.), the American Irish Historical Society at 83rd St., and finishes near the Metropolitan Museum at 86th Street. The parade is supposed to end around 5 p.m., but so many groups and brigades march in the event that the finish time can seem open-ended. The reverberations from familiar Irish tunes bellowed from bagpipes will endure for several days after the parade's end. 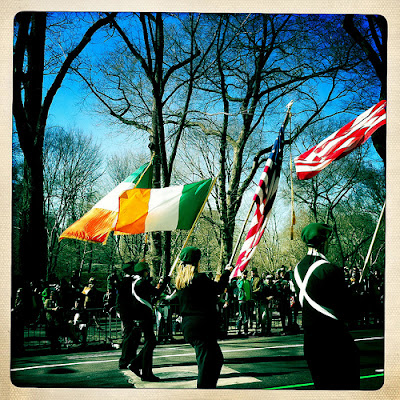 The sidewalks get crowded for the parade, and it's quite difficult to cross Fifth Avenue, except from 49th to 55th Streets and at the Central Park transverse roads. The area around Saint Patrick's Cathedral, where Cardinal Dolan will review the parade from the church steps, is particularly jammed with onlookers. One strategy would be to find a good spot near the finish of the parade up near the Metropolitan Museum. This way, the museum can be another option for the day, along with a walk to see the early blooming cherry trees directly behind the museum in Central Park. 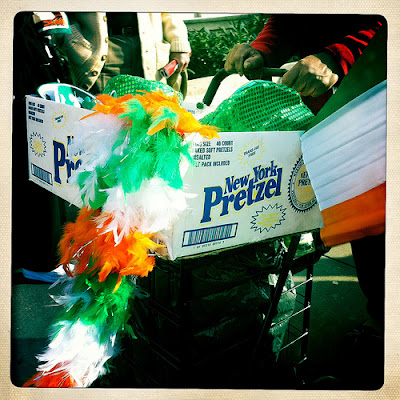 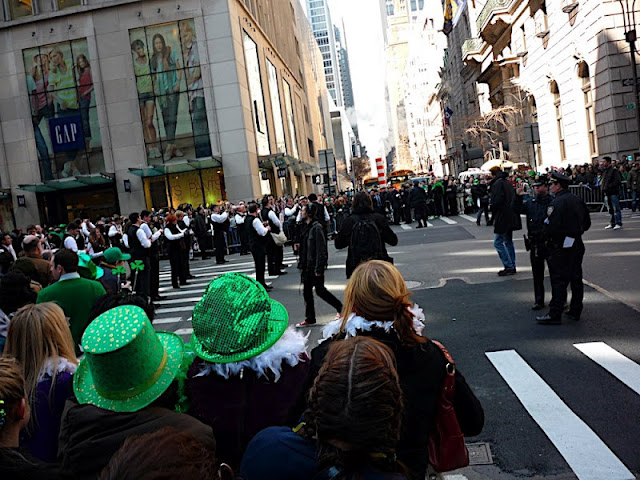 • You may ask, "Might there be a fine little Irish pub near the parade where we can celebrate the day?" And I would say, "Yes. Maybe. I think so."


"The sidewalks of New York are thick with blarney."

• Suggested Song for Celebrating Saint Patrick's Day in New York: "It's a Great Day for the Irish," sung by Judy Garland from the 1940 motion picture, Little Nellie Kelly.

Images by Walking Off the Big Apple.