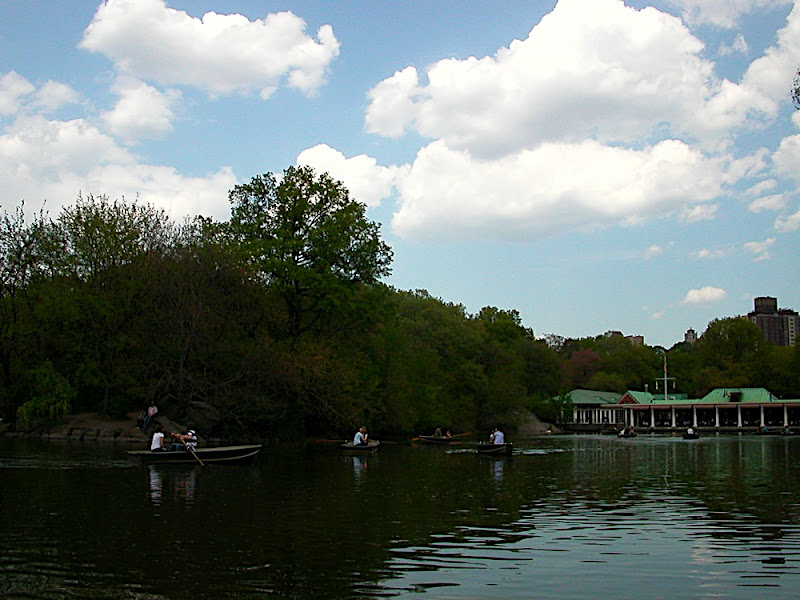 Leaving the Boathouse yesterday, I snapped this photo of the boaters on the water, and later, as I was looking at it, the image reminded me of a 19th century landscape painting. That's by design. Olmsted and Vaux, in designing Central Park, created vistas that would resemble paintings, like the ones by their friends in the Hudson River School. They designed Central Park with the notion that city dwellers would encounter the sublime as they walked around different areas of the park.

Photographers in the 19th century often borrowed compositions from landscape painters, framing their shots in similar ways. In looking at the image above, I think I must carry around with me similar preconceptions of the sublime landscape and how it should be conventionally composed. In addition, my camera is an older Nikon CoolPix, so the resolution and focus is not nearly as crisp as in newer models. I've also dropped it a couple of times, and I don't know what that's done. This lack of definition contributes to the painterly quality of the image.